Drake Offers Major Praise For Bow Wow: ‘If It Wasn’t For You, There Wouldn’t Be No Me’ 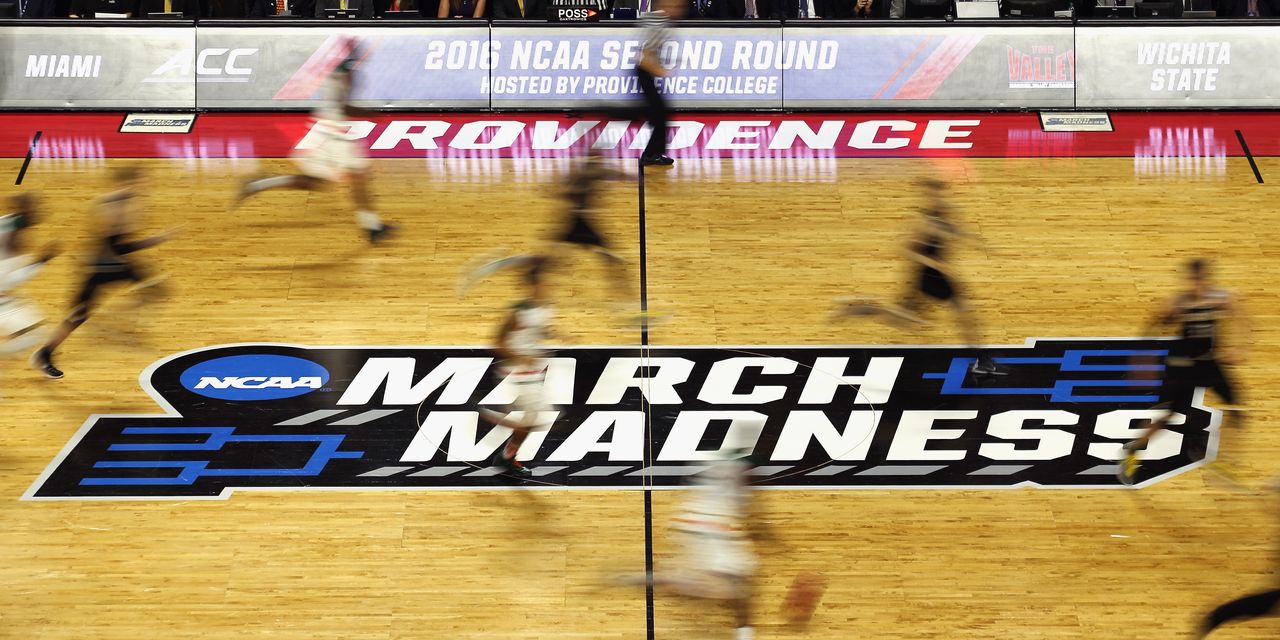 This year’s March Madness men’s basketball tournament could be the most wagered-on sporting event in history.

The tournament, which begins on Thursday, March 18, could see anywhere between $1 billion and $1.5 billion in total legal bets in the U.S., according to projections from PlayUSA.

“The 2021 NCAA Tournament will be the most widely bet-on sporting event in U.S. history,” said Eric Ramsey, analyst for PlayUSA.com. “The popularity of the NCAA Tournament combined with such a high number of games typically makes March Madness the largest sports betting holiday each year in terms of handle, and there is no reason to suspect that won’t be the case this year.”

The NCAA tournament benefits from having several games to wager on, compared with popular sports betting events like the Super Bowl.

“The Super Bowl draws the most bets for a single game, but March Madness and its 60+ games should more than double what the Super Bowl draws,” said Dustin Gouker, lead analyst for PlayUSA.com. “But the dramatic expansion of legal markets, as well as the exponential growth within each market, means more people will have an opportunity to bet on the NCAA Tournament than ever before. And that will produce an eye-popping handle number that could reach $1.5 billion.”

The NCAA men’s basketball tournament was canceled in 2020, meaning the most recent March Madness tournament occurred in 2019. Back in 2019, only seven states in the U.S. had legal sports betting; now 20 states including Washington, D.C. have some form of legal sports betting. Up until now, the most-bet-on on U.S. sporting event was the 2021 Super Bowl, which had just shy of $500 million in legal wagers in the U.S.

These figures are for legal wagers at regulated U.S. sportsbooks — bracket pools that are popular among friends and co-workers are not included in this estimate.

When the Supreme Court struck down the Professional and Amateur Sports Protection Act (PASPA) in 2018, it gave states legislative power to legalize sports betting. Here’s how to learn if sports betting is legal in your state.

Each state has its own set of rules. Some of the most-used legal U.S. sportsbooks in the various states are DraftKings DKNG, , Penn National Gaming PENN, , Bet MGM MGM, and Caesars Entertainment Inc. CZR, .

Penn National and Caesars were both recently added to the S&P 500 SPX, .

Drake Offers Major Praise For Bow Wow: ‘If It Wasn’t For You, There Wouldn’t Be No Me’

It was revealed yesterday that Drake has done something that no other artist before him ever has: He had three songs — “What’s Next,” “Wants And Needs” featuring Lil Baby, and “Lemon Pepper Freestyle” with Rick Ross, aka the entirety of the Scary Hours 2 EP — simultaneously debut in the top three spots of […]

Nobody suffers more from high inflation than retirees. Back in the 1970s, it was those in retirement living on fixed income that got hit the hardest as prices rose year after year. The investment returns from their bonds and cash fell way behind. Bonds were ruefully described as “certificates of confiscation.” Every year retirees got […]

Market Extra: Dow ends above 32,000 milestone for first time. Here’s how it got there

The Dow Jones Industrial Average on Wednesday closed above the psychologically significant 32,000 level, registering a milestone during a turbulent period for the stock market as the economic recovery from the pandemic takes shape. The 30-stock index closed at 32,297.02, as the Nasdaq Composite COMP, -0.04% finished in negative territory, still wallowing in correction from […]

Gold futures contracts were under pressure Monday, easing back after posting their biggest weekly climb since December. “Gold is looking for direction at present,” said Jeff Wright, chief investment officer at Wolfpack Capital, with “no one strong mover…influencing or driving” prices. “The short covering from last week is over for now and gold is seeking […]