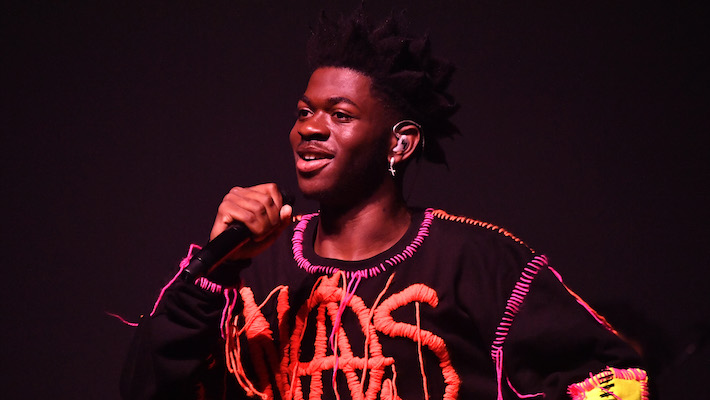 Lil Nas X’s collaborator on those controversial “Satan shoes,” MSCHF, is living up to its name. The design collective’s marketing for the customized Air Max 97 has certainly riled up a fair number of commentators, including Fox News’ Pete Hegseth. The Fox & Friends anchor bit the bait hard, censuring Nike over the shoes and making a false equivalence to a planned pair of Air Max 1s that was discontinued and recalled by the shoe giant over its use of the original, 13-star version of the American flag.

Of course, Hegseth missed the part where Nike wasn’t directly involved in the creation of MSCHF’s limited-edition pair and was promptly fact-checked by none other than Adam Klotz, the show’s weekend meteorologist. He pointed out that “they’re not really Nike. They’re Nike shoes, but there’s a middleman who bought Nike shoes and turned them into these.” To save face, Hegseth posited that the manufacturer could file a lawsuit against the customizer, which … no, man. Just, no.

Missed this from yesterday’s Fox & Friends: they were talking about Lil Nas X and the satan shoes thing. Pete Hegseth had to be corrected by the weather guy. Just A+ all around. pic.twitter.com/7ZbVBj1gJv

As far as the story behind those Betsy Ross Air Max 1 goes, those were discontinued by the brand itself after Colin Kaepernick, one of Nike’s most prominent spokespeople, reached out to the company’s leadership with concerns about the old flag’s repurposed connotations. He wasn’t the only one; users on social media also called on Nike to reconsider the design, pointing out how its behind appropriated by some white supremacist groups due to its connection to the nation’s early history when slavery was still legal.

Meanwhile, Nike had just taken flak from conservative groups, including Fox News, over partnering with Kaepernick after his protest of the national anthem at football games. In both cases of conservative backlash, the targets of their complaints would appear to be the victors; not only did Nike boast a 4% sales increase in 2019, Lil Nas X’s customized sneakers sold out within a minute of going on sale.

Watch the clip from Fox & Friends above.

Visa Inc. plans to allow for the settlement of transactions in USD Coin, a stablecoin backed by the U.S. dollar, in what the company says is a move intended to make the platform more accessible to cryptocurrency platforms and wallets. While the payments giant doesn’t directly allow merchants to accept cryptocurrencies like bitcoin, it works […]

Today is April 20, which of course marks one of the most widely observed unofficial holidays: 4/20. Naturally, Snoop Dogg will be celebrating the occasion and he got things started early with a new album, From Tha Streets 2 Tha Suites. The project features some songs about smoking, most notably wrapping up with “Left My […]

“Diamonds” has proven to be one of the biggest hits of Rihanna’s career, but it almost wasn’t her song at all. In fact, Eminem actually recorded a version of it before she did, according to the song’s co-producer, Benny Blanco. Speaking about the track with Apple Music’s Zane Lowe, Blanco revealed that he originally intended […]

On March 28, the Scottish school in Edinburgh called the Morningside School of Music decided to accept cryptocurrency payments for tuition. Morningside’s director Linda Boyd said the school had noticed the trend of larger firms joining the crypto economy and it’s “just a matter of time before smaller businesses like ours start doing the same,” […]