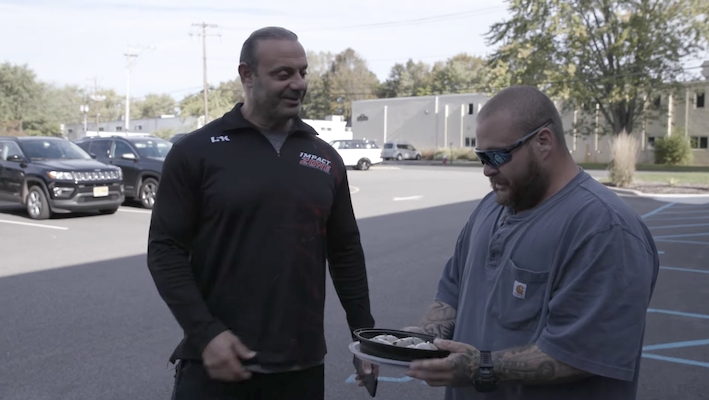 There are two ways of looking at Action Bronson’s transformation during the quarantine. You could say he’s experienced some tremendous weight loss, but I prefer to think of it as him making health gains. The Queens, New York chef-turned-rapper focused on making some big life changes thanks to the pandemic shutdown, and he appears delighted to show them off in the season five premiere of his now independently-produced food travel show, F*ck That’s Delicious.

You could call Bronson a prophet of sorts watching this season. He was one of many nationally-known artists harping on ownership and diverse revenue streams pretty early on in the blog era/streaming revolution. He did the latter by starting F*ck That’s Delicious in partnership with Viceland, but he insisted on ensuring the former, which allowed him to retain the show and move it online, which further secured the additional outlet as live touring shut down across America. It’s a pretty impressive thing.

In the first episode of the new season, he cooks up stuffed, Sicilian-style calamari with his trainer outside the gym and details his commitment to transforming his body and getting healthy. His progress is stupendous; he looks way different than he did when he was promoting last year’s Only For Dolphins. He and trainer Dave Paladino talk about how his efforts over the last five months may have saved his life. Then, as only befits the man named Bam Bam Baklava, they eat good.

Watch the season premiere of F*ck That’s Delicious above.

On Tuesday evening, a gunman in Atlanta took the lives of eight people, six of whom were Asian American, at three different massage parlors. The tragedy is believed by many to be racially-motivated and is an unfortunate example of an increased number of hate crimes against Asian Americans that have taken place since the pandemic’s […]

As of this post, Usher is the No. 1 trending topic on Twitter in the US, but not for a good reason: He stands accused of giving a stripper fake dollar bills with his face on them (as opposed to real money). A Las Vegas-based dancer who performs under the name Pisces shared an image […]

Justin Bieber recently released his sixth studio album Justice, and while promoting the new project, he stopped by his friend and frequent collaborator DJ Khaled’s Amazon Music podcast, The First One. Over the course of their conversation, the discussion turned to that favorite topic of hip-hop heads everywhere: The top five rappers in hip-hop — […]

In recent weeks, R&B legend Anita Baker has spent some time on Twitter sharing thoughts about her ongoing battle to take back control over her master recordings, which has apparently not gone in her favor so far. Now, Baker has found herself a supporter in Taylor Swift, who herself has famously had some legal drama […]