Eerie Fractal Puts Bitcoin At Risk of Testing $47,000; Here’s Why 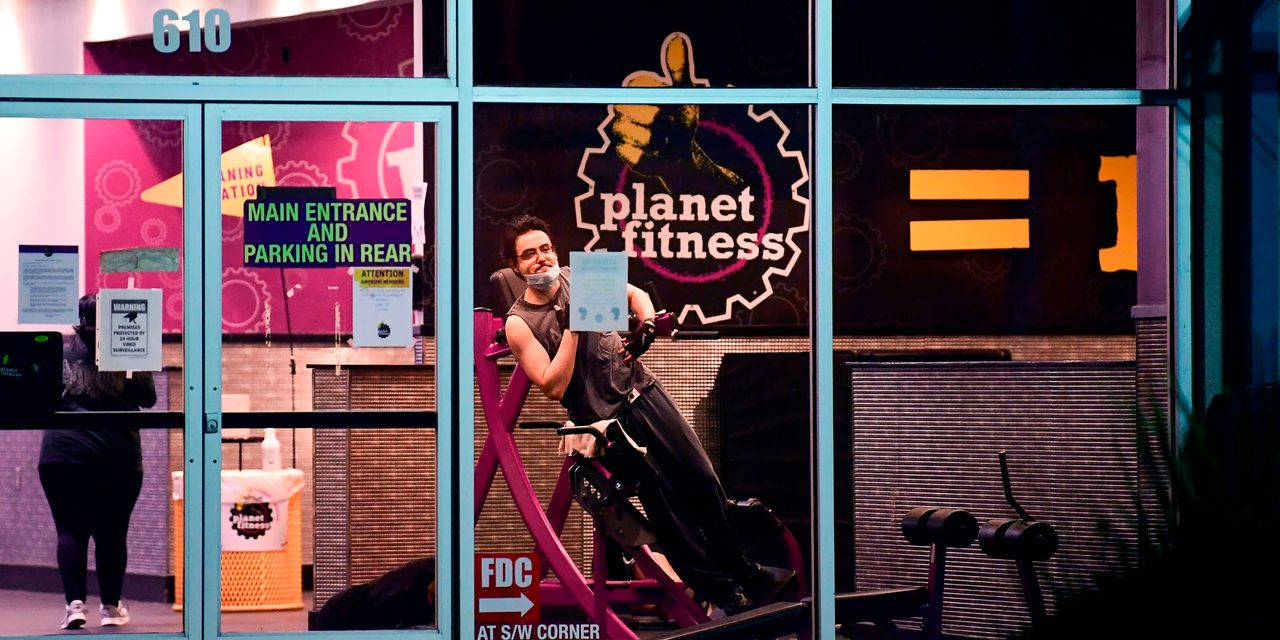 The world is about to step out of a dark hole and into the bright sunshine, so investors should drop the anxiety already.

That is the message from Alexander Ely, chief investment officer of U.S. equity growth at Macquarie Investment Management. “The economy is reopening, it’s doing great. We’re coming out of a pandemic. It’s going to be awesome,” he told MarketWatch in a recent interview.

It appears some investors are thinking along the same lines, as value and cyclical stocks take off in anticipation of a recovery from the deadly COVID-19 pandemic that has rocked the world for a year. And smaller companies, cogs in the wheels of the economy, have also been rising with the Russell 2000 RUT, up 18% so far this year.

“Smaller companies and mid caps, to an extent as well, are more levered to an expansion in the markets. And that’s why we believe smaller cap companies will do better,” said Ely. He focuses on what he calls “disruptive” stocks of companies that offer a “better, cheaper, faster way of doing things.”

And Ely appears to have a knack for picking those stocks. Ad-tech group Trade Desk TTD, and mobile-payments processor Square SQ, , two companies he highlighted last year to MarketWatch, returned over 200% each last year. His five-star rated fund, Delaware Smid [small and mid] Cap Growth DFCIX, has had average annual returns of 34% over the past three years and 28% for five years. The fund has been in the top performance quartile of its “midcap growth” peer group for 15 years, according to Morningstar.

Headed into the pandemic, Ely said it was best to own companies involving crowds or a recovery. “And now that we’re coming back out of it, there’s a couple of areas that we think have particular strengths,” he said.

His first pick is Pacira BioSciences PCRX, , a maker of non-opioid local anesthesia that plays into a dramatic rebound in medical procedures he sees coming. Knee replacements and similar procedures had been increasing 2% to 4% every year for about 40 years, apart from a flat year between 2008 and 2009. But they fell 15% last year as people avoided hospitals because of COVID-19, notes Ely.

“We see these coming back. You can’t put off getting your knee done, or your ankle done, or your hip done forever,” he said. Pacira’s products will cut the risk of an opioid addiction, he adds, pointing to data showing 40% of people who end up addicted got there as the result of surgery.

While opiates have been popular because they’re cheap and get the job done, the playing field for companies like Pacira has been leveled thanks to a bipartisan opiates support bill of a couple of years ago that subsidizes non-opioid anesthesia, he noted.

His next pick taps into what everyone is looking for — companies levered to consumers or consumer interaction. “I have kids in their late 20s, late teens — they can’t wait to get back out there and go to an event, go back to the gym, go to restaurants, travel, what have you,” he said.

That leads him to stocks like ride-hailing group Lyft LYFT, , which he said has been getting costs under control and is specifically leveraged to helping consumers return to those activities. Lyft and rival Uber Technologies UBER, , which Macquarie owns in larger portfolios, have both “shirked money-losing units, so they’re better prepared to show profits this year,” he said.

He also owns gym chain Planet Fitness PLNT, . “I think after riding a bike indoors or what not for about a year, people are going to want to get back out there,” he said. “Planet Fitness is the largest by far, a clear leader in the value proposition growth area.”

Ely said he had been watching to see when Planet Fitness shares would start outperforming Peloton Interactive PTON, . This is now happening, he notes, with the gym chain up 4% year-to-date and the maker of home-exercise equipment down 22%.

Planet Fitness has “a lot of upside and fundamentals should improve significantly as we reopen over the next one month, two months, three months,” he said.

Ely also owns Progyny PGNY, , which he calls “one of the fastest-growing healthcare companies out there.” Progyny is a fertility-benefits provider for companies, with big Silicon Valley names such as Microsoft MSFT, and Facebook FB, on its books.

Many may have discovered during the pandemic problems with conceiving children, and may be ready to seek that treatment. Progyny did an initial public offering last January, went through the pandemic and did well, but then investors got rattled by some disappointment with revenue, Ely said.

“There’s nothing wrong with the business, they were just being conservative going into the year, which every company does” he said.

Read: How these teens are having fun in today’s stock market, and, for the most part, making money

Ely reiterated the importance of investing early in an economic cycle, set to get kick-started by the recent U.S. fiscal stimulus package. “Right now, we are seven to eight months into a new economic cycle,” he said. Previous bull markets have lasted eight to nine years on average, and equities, notably small companies due to their leverage in an improving economy, tend to perform better, he added.

“The biggest risk to investors out there right now is not taking risk, [or being] blinded by these stories that the world isn’t going to be great. It’s going to be great, humanity is going to come through this drawdown in a terrific spot,” Ely said.

While King Von‘s posthumous appearance on the new video for “Jump” is an obvious highlight, the clip also displays the chemistry that runs throughout Lil Durk‘s OTF crew. Fellow Only The Family members Booka600 and Memo600 set things off with a give-and-go verse showing off their complementary mindsets, then Von and Durk bat cleanup. In […]

Autotrader: How do you know you’re getting a good deal on a car? A guide to invoice pricing and dealer markup

One of the great mysteries when buying a vehicle is this: How much does a car dealer mark up a car’s price? That’s a great question. But the one we should be asking is, how much profit is the dealer making on a particular car? That is, how much wiggle room is there to negotiate? […]

Just what the doctor didn’t order …  Musician Ted Nugent was going viral on Twitter TWTR, -0.46% on Monday over a recent Facebook Live video where the Motor City Madman shared some of his concerns — and, clearly, confusion — about COVID-19. While complaining about the yearlong pandemic canceling his tour for a second time, […]

Over time, networks have evolved to cater to different needs, and with Web 3.0, blockchain isn’t just decentralizing power in financial systems.