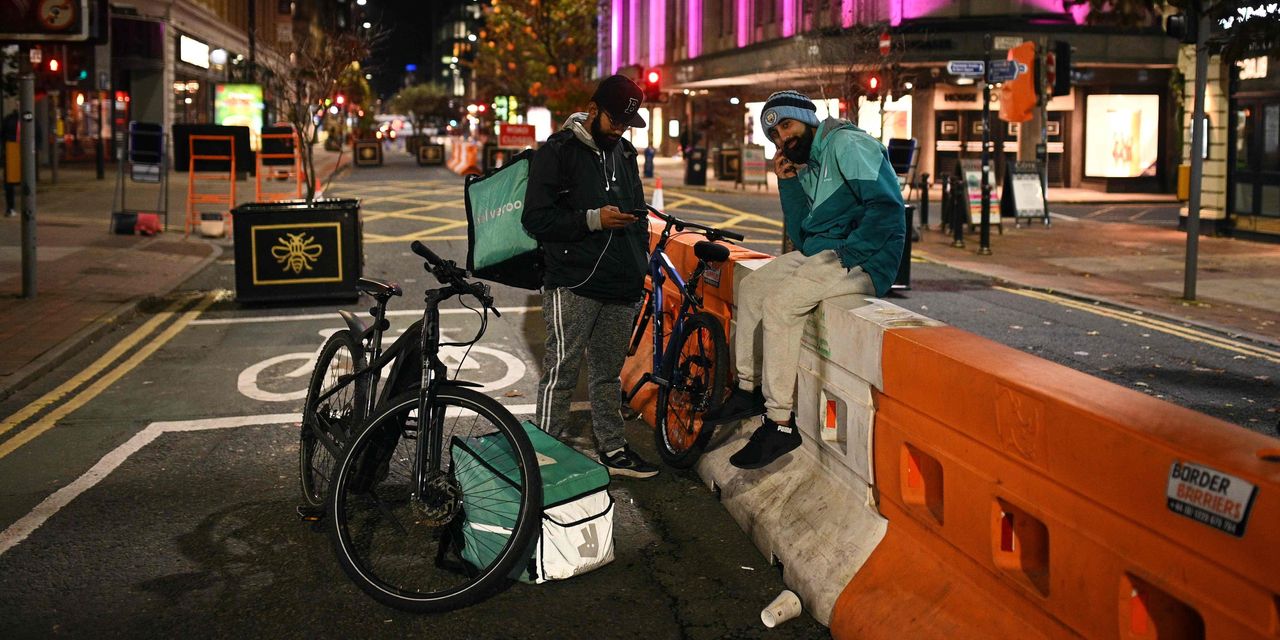 Amazon-backed Deliveroo is expected to be valued at up to £8.8 billion when the food delivery app starts selling its shares on the London Stock Exchange LSEG, , in what will be one of the city’s biggest initial public offerings in years.

The sale consists of as many as 384.6 million shares, excluding any shares offered as part of an overallotment issue. Of that, around £1 billion of new shares have been set aside for the company itself, with the rest going to existing investors who are selling shares.

Deliveroo plans to invest the proceeds of the IPO to further its growth, which has soared during the COVID-19 pandemic as government-enforced lockdowns have closed restaurants. That helped propel San-Francisco-based DoorDash DASH, to a more than $60 billion valuation in its IPO in New York in December.

In a short trading update, Deliveroo said gross transaction value (GTV) — which measures the total value of orders it receives — rose 121% in January and February compared with the same period last year.

“We have seen a strong start to 2021 and we are only at the start of an exciting journey in a large, fast-growing online food delivery market, with a huge opportunity ahead,” said Will Shu, the co-founder and chief executive of Deliveroo.

However, some analysts are starting to question whether food delivery services companies will be able to sustain their rapid levels growth as COVID-19 vaccinations gather pace and customers return to eating out. DoorDash recently forecast that demand for home-delivered food would moderate in 2021, with order growth expected to be in double, rather than triple, digits.

“Although this insatiable demand for takeout food isn’t likely to fully unravel there is inevitably going to be a drop in demand as diners seize the opportunity to book tables at their favorite eateries when restrictions do ease,” said Susannah Streeter, senior investment and markets analyst at Hargreaves Lansdown.

“Competition in the sector is also fierce, and Deliveroo competes with Uber Eats, Just Eat TKWY, and a host of others,” Streeter said, adding that Just Eat Takeaway has already announced its intention to ramp up operations in the U.K.

Deliveroo is the latest company to take advantage of a red hot IPO market, which is on track for a record first quarter in terms of proceeds raised from new listings, after a series of companies, including cult boot maker Dr. Martens DOCS, and online greeting-cards retailer Moonpig MOON, made their market debut on the LSE in recent weeks.

Deliveroo plans to issue dual-class shares that would keep Shu in control for three years.

The structure, which is more common in the U.S. — where it is used by companies including technology giants Google parent Alphabet GOOGL,  and Facebook FB, — comes amid a U.K. government-backed report published in February that recommended London make it easier for founders to keep control after listing and reduce the amount of equity a company must sell to outsiders, to encourage tech companies to choose the city for their IPOs.

Now that seemingly everyone and their momma has rapped over SpotemGottem’s “Beat Box” beat, you could argue the trend has reached its peak and it’s all downhill from here. However, it looks like Polo G has found a way to mix it up and keep the party going for just a little bit longer. The […]

While the number of new daily cases of COVID-19 remains plateaued at alarming levels, the U.S.’s vaccination effort has so far been successful, according to President Joe Biden, who touted that his goal of administering 100 million shots was met “weeks ahead of schedule.” Biden’s goal was to reach that target in the first 100 […]

: Less than half of U.S. adults now belong to a church, synagogue or mosque — for reasons more complex than COVID-19

The share of U.S. adults who said they were members of a church, synagogue or mosque in 2020 fell below half for the first time in 80 years, according to a new Gallup report.  That number had hovered around or just below the 70% range from the late 1930s until about 2000, which kicked off […]

TOKYO — Trading in Toshiba stock was halted Wednesday after the Tokyo-based technology conglomerate confirmed it had received a preliminary acquisition proposal. Toshiba Corp. 6502, -3.04% said Tuesday it had asked for more details on the proposal, was giving it “careful consideration” and would make an announcement “in due course.” Major Japanese newspaper Nikkei reported […]