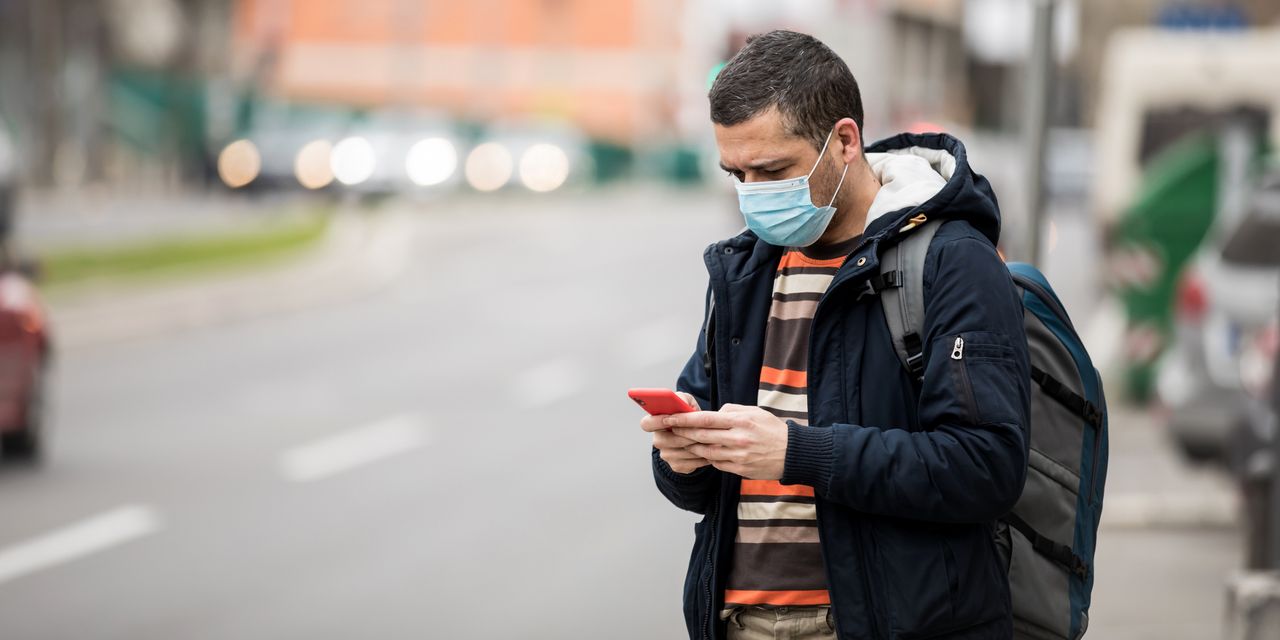 Some of the nation’s $1,400 stimulus checks started hitting bank accounts this past weekend, the Internal Revenue Service said.

So what’s up with having to wait until March 17?

That’s what some people groused on social media as they focused their ire on bank, including Wells Fargo and Chase.

The banks, for their part, say they will make the cash available as soon as they get it.
Wed., March 17 is the official payment date, the IRS said.

“When we receive the money from the IRS on Wednesday, we’ll immediately deposit it in our customers’ accounts,” a Chase Bank JPM, spokeswoman said. Because Chase does not actually have the money, it’s not earning interest, the bank confirmed.

A two-step process of sending out the checks highlights long-term failures by the federal government, at least one critic argues.

“Right now, the banks know the information was transmitted. The banks know who gets the money. The money is in transit,” said Aaron Klein, senior fellow at the Brookings Institution.

The pace of that transit is the problem for Klein, who was the Treasury Department’s deputy assistant secretary for economic policy from 2009 to 2012.

“In America, Amazon AMZN, can get anything in the world physically to your door in under 48 hours. It takes Uncle Sam six days to get digital money in your bank account,” he said, specifically faulting the Federal Reserve for its oversight of the figurative pipes that pour out government money.

Right now, the financial industry is in a win-win situation, Klein said: “They are giving you an interest-free loan and probably reducing their own fee revenue.”

Speed counts and any sluggishness is a particular problem now, Klein said. “That time delay costs American living on the edge millions, billions in fees,” he added. Banks collected approximately $11.7 billion in overdraft fees in 2019, according to study last year from the Center for Responsible Lending.

The IRS is sending out the economic impact payments via the ACH Network. ACH stands for “Automated Clearing House” and the ACH Network is a massive payment system platform that beamed nearly 27 billion payments last year from all sorts of payers to recipients totalling approximately $62 trillion.

The National Automated Clearing House Association or “Nacha” oversees the ACH Network and, on Monday, it explained the process with stimulus checks. There’s the information on the amount that gets beamed from payer to recipient, and then there’s the actual money transmission.

Nacha said its rules let the information on direct deposits use an “effective date” that’s either one or two banking days in the future. There’s also a same-day option that wraps the money and the direct deposit information together. That choice has been around since 2016, it noted.

“ ‘It is up to the sender—in this case the IRS—to decide when it wants the money to be made available.’ ”

“It is up to the sender—in this case the IRS—to decide when it wants the money to be made available. The IRS chose the date of March 17, which is the date on which the IRS intends for settlement to occur,” Nacha said.

“Regardless of when payment files were sent and received, settlement of the funds for the payments will occur at 8:30 a.m. ET on Wed., March 17, exactly as instructed by the IRS.

This is literally the moment in time when the money will be transferred from the government to banks’ and credit unions’ settlement accounts at the Federal Reserve,” the organization said.

“There is no mystery where the money is from the time the first payment file was transmitted on Friday, March 12 to when all recipients will have access to the money on Wednesday — it is still with the government,” it added.

The IRS did not immediately respond to a request for comment on why it is using a several-day gap between the initial information and the money.

During the second round of payments, the IRS started the stimulus check process on Dec. 29 and Jan. 4 marked the official payment date.

On Friday, IRS Commissioner Charles Rettig noted the agency is working as hard as it can to get the stimulus checks out the door while also handling the ongoing tax season.

“America’s banks have delivered more than 300 million Economic Impact Payments safely and efficiently over the course of the last year,” said a spokeswoman at the American Bankers Association, a trade organization. “They are doing the same with this third round, and will deliver them as requested by the government on March 17, the day Treasury will actually transfer funds for credit to individual accounts.”

Other big banks weighed in on the forthcoming stimulus checks.

“We are committed to delivering the stimulus funds to our customers as quickly as federal guidance allows,” a Citibank C, spokesman said.

“Stimulus payments will be posted to client accounts as soon as the funds are available from the IRS,” a Bank of America BAC, spokesman said.

Why did some people get checks early?

But some people are getting their stimulus money sooner than Wednesday.

As of Monday, more than one million Chime users have accessed $3.5 billion in third-round stimulus check money without interest or fees, according to Chris Britt, the fintech company’s CEO and co-founder.

This is happening because of Chime’s business model, Britt explained, which has been making money immediately available to users long before the stimulus checks came around.

“ Chime has given its customers early access to approximately $6 billion dollars of stimulus payments. ”

In the three rounds so far, Britt said Chime has given early access to approximately $6 billion dollars.

“Giving the early access to money may not sound like a big deal, but if you are trying to make ends meet or have financial pressure or job insecurity, getting access to the money early is a big, big benefit,” Britt said.

Electronic transfers are the predominant way the IRS is sending the stimulus payments, but the agency is also using pre-loaded debit cards and paper checks.

Those paper checks and debit cards will go out in the coming weeks, the IRS noted.

Some people waiting for a debit card or check might be even less able to afford the wait. Almost 70% of adults said they received the initial $1,200 check by mid- to-late May, according to a July 2020 study from the Urban Institute.

By then, almost 60% of adults at or below the poverty line had received payment, researchers said.

Many people who still had not received the first stimulus check by the end of May did not have a bank account, the researchers said. Still, this segment of people had to wait until the Treasury Department started issuing paper checks, and that started later than the direct deposits, the researchers added.

The Wall Street Journal: Should you travel to Disney right now? It’s debatable

For the recurring series, That’s Debatable, we take on a contentious issue of the day and present two spirited arguments—one in favor and other emphatically opposed. Previous installments from the series are here.  YES, DISNEY PARKS ARE THE DISTRACTION WE NEED NOW The stretch of I-95 from Pennsylvania to Florida is a long, unlovely drive. But as […]

Retirement Weekly: Here’s how to cope when you’re suddenly single after a breakup—and getting older by the day

Romantic breakups hurt at any age. But are severed relationships harder to handle when you’re older? It stands to reason that a 60-year-old who’s undergoing a painful breakup may feel even more forlorn than a suddenly single 30-year-old. Given their shorter life expectancy, older people have less time to find a new mate. And they […]

Crypto education for K-12 students is underway, but current methods are not good enough at teaching management of personal finances, let alone Bitcoin.