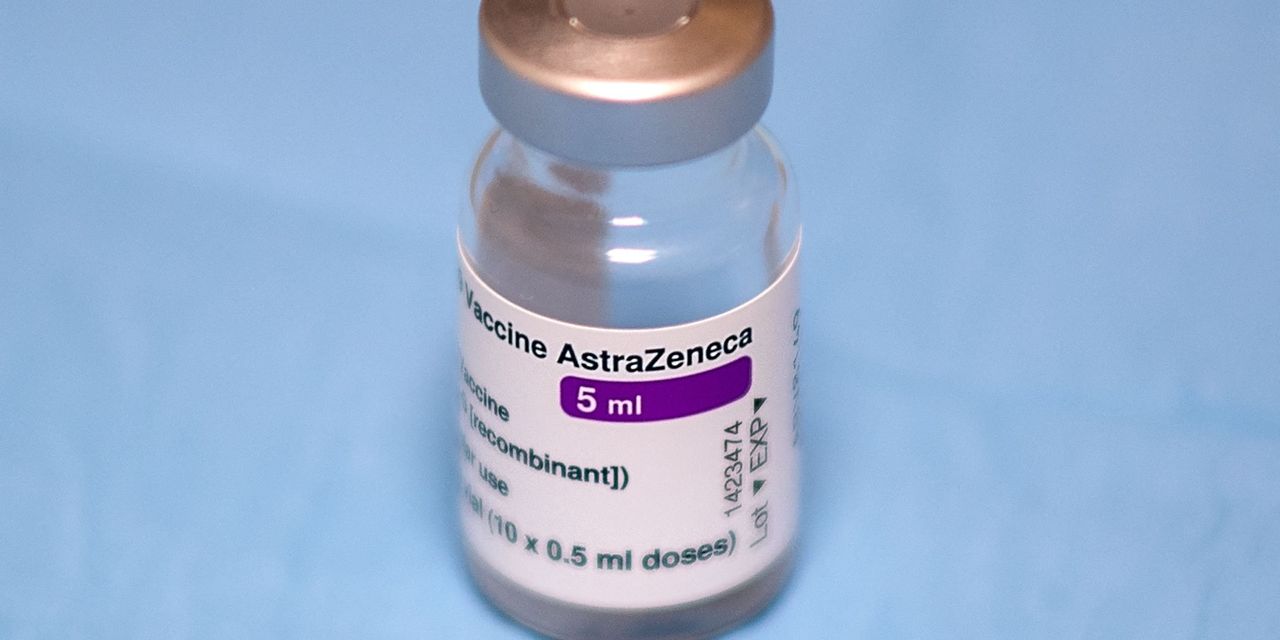 There is a link between the AstraZeneca AZN, AZN, COVID-19 vaccine and rare blood clots, according to a senior official at the European Medicines Agency.

“In my opinion, we can say it now, it is clear there is a link with the vaccine. But we still do not know what causes this reaction,” Marco Cavaleri, the EMA head of vaccines, told Italy’s Il Messaggero newspaper in an interview published on Tuesday.

He added that “in the next few hours, we will say that there is a connection, but we still have to understand how this happens.”

“We are trying to get a precise picture of what is happening, to define in detail this syndrome due to the vaccine,” Cavaleri said, adding, “Among the vaccinated, there are more cases of cerebral thrombosis… among young people than we would expect.”

The EMA said in a statement to news agency Agence France-Presse that its safety committee “has not yet reached a conclusion and the review is currently ongoing.” It added that it will hold a press briefing as soon as the review is finalized, which is currently expected on Wednesday or Thursday.

The comments come as broadcaster Channel 4 reported that the U.K.’s health regulator, the Medicines and Healthcare products Regulatory Agency (MHRA), is considering a proposal to restrict the use of the AstraZeneca vaccine in younger people, over concerns about very rare blood clots.

Two senior sources said that “while the data is still unclear, there are growing arguments to justify offering younger people — below the age of 30 at the very least — a different vaccine,” Channel 4 News reported.

Later on Monday, MHRA chief executive Dr. June Raine said no decision had been made on any action, and urged people to continue to get vaccinated.

“Our thorough and detailed review is ongoing into reports of very rare and specific types of blood clots with low platelets following the COVID-19 vaccine AstraZeneca,” Raine said. “No decision has yet been made on any regulatory action,” she added.

The majority of European Union countries restarted using the AstraZeneca vaccine late last month, after the EMA concluded that the shot is “safe and effective” and “not associated with an increase in the overall risk of blood clots.”

However, some countries, including France and Germany, have limited the use of the shot for people younger than 60.

Read: Canada suspends AstraZeneca vaccine for adults 55 and under

The EMA said at the time that it could still not “rule out definitively” a link between reports of blood clots and AstraZeneca’s vaccine, and said that its Pharmacovigilance Risk Assessment Committee would continue to study the links.

AstraZeneca has said that its own review of safety data of more than 17 million people vaccinated in the U.K. and EU had shown no evidence of an increased risk of blood clots.

Shares in AstraZeneca, which are down more than 2.35% so far this year, according to data from FactSet, were down 0.29% in London trading on Tuesday.

President Joe Biden on Wednesday urged all U.S. employers to give their workers paid time off to get their COVID-19 vaccine shots, while also saying his administration has achieved its goal of administering 200 million doses in his first 100 days in office. Biden announced that target a month ago, after his administration attained an […]

Stock-index futures hovered near unchanged Wednesday as investors awaited the outcome of an eagerly anticipated Federal Reserve meeting which may provide clues to the long-term path of monetary policy. What are major benchmarks doing? Futures on the Dow Jones Industrial Average YM00, +0.02% were up 3 points near 32,727. S&P 500 futures ES00, -0.23% were […]