Bitcoin 'better than gold' if you study it, fund manager tells mainstream media 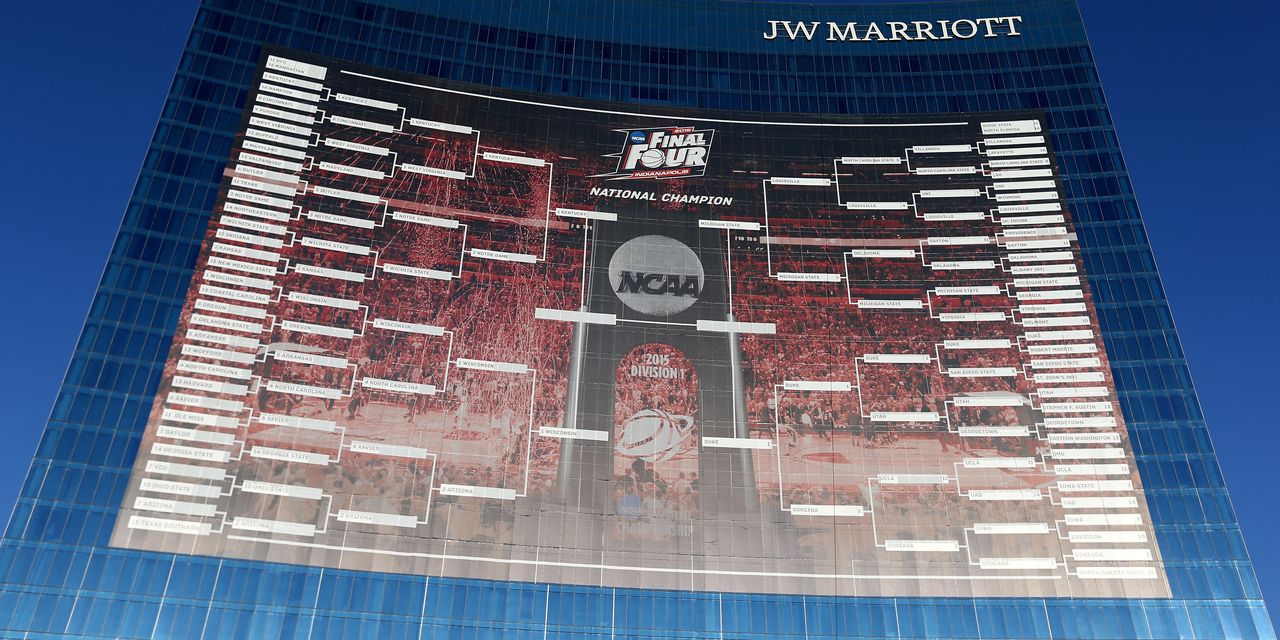 The 2021 March Madness tournament is set to be the first sporting event to reach $1 billion in legal wagering.

RJ Bell, the founder of Pregame.com, the exclusive odds provider for the Associated Press, is a gambling industry veteran. He managed Pregame.com for over a decade while doing various radio and TV spots for Fox Sports and ESPN.

Bell spoke with MarketWatch for the previous NCAA tournament in an attempt to help people with their brackets — here are his tips to win your March Madness picks:

In the first round, pay more attention to point spreads than seeding

Except for when dealing with top seeds, pay more attention to point spreads than seeds. The seed next to each team helps people see who should win, even if they don’t watch college hoops — for example that a 3-seed is superior to a 14-seed.

But Bell says people should pay attention to point spreads and not seeds when making picks. One popular example of this theory in the 2021 bracket is No. 7 Clemson vs No. 10 Rutgers.

As a No. 10 seed, Rutgers is actually favored to win the game over the higher seeded Clemson, according to odds from DraftKings DKNG, and Penn National PENN, . Compare that with another matchup between No. 7 Connecticut and No. 10 Maryland where the higher seeded Connecticut Huskies are the betting favorites.

No. 1 seeds are number one for a reason.

For the first two rounds, it’s good practice to advance No. 1 seeds to the sweet 16 almost without hesitation, Bell explained.

Granted, No. 1 seed Virginia lost in the first round in 2018, but that was the first time it happened in the modern tournament era; No.1 seeds advance to the sweet 16 86% of the time, according to Bell.

If you filled out your bracket and had No. 8 North Carolina taking down No.1 Baylor in round 2, you might want to reconsider.

Pick upsets early, but don’t advance them too far

To win your bracket pool you’ll need to pick some underdog teams to win. But beware of advancing them past the first couple of rounds.

Double-digit seeds have only made the Final Four on five occasions since the March Madness Tournament expanded to 64 teams in 1985, according to the NCAA and Pregame.com.

No. 1 seeds aren’t a shoo-in to make the Final Four

While it’s smart to advance your No. 1s to the sweet 16, the final four is a different story. “One of the most common mistakes is being too optimistic about No. 1 seeds,” Bell said.

“The history is, that in the final four, there is either one or two of them the vast majority of years.” Savvy bracket folks might think they are outsmarting the system by having three top seeds make it to the final four, or even zero, but historically it’s one or two. This has been the case 30 of the past 35 years.

Fans have a 1 in 9.2 quintillion chance of a perfect bracket, but don’t let perfection stop you from filling out a bracket — RJ Bell has some words of advice.

“The amount of luck involved in any given year is significant enough to give anyone a chance.”

Since its release last August, Cardi B and Megan Thee Stallion’s song “WAP” has been drawing in criticism from pearl-clutchers and conservatives who apparently think children are being taught to read the raunchy lyrics in school (they’re not). The controversy surrounding the song was reignited last week with the two rappers took the 2021 Grammys […]

In a blow to Southern California moviegoers, ArcLight Cinemas and Pacific Theatres, which together operate about 300 screens in the region and have been closed due to the COVID-19 pandemic, will not reopen. “After shutting our doors more than a year ago, today we must share the difficult and sad news that Pacific will not […]

Retirement Hacks: Whether you’re 55 or 25, do this to secure your future Social Security benefits

Americans may not receive Social Security until a qualifying event, such as turning 62, having a long-term disability or experiencing a death in the family, but they should still check up on their Social Security profile no matter their age.  Retirement Tip of the Week: Create an account with the Social Security Administration to verify […]

The Big Move: I want to sell my home, but I can’t find anything to buy. Should I rent instead?