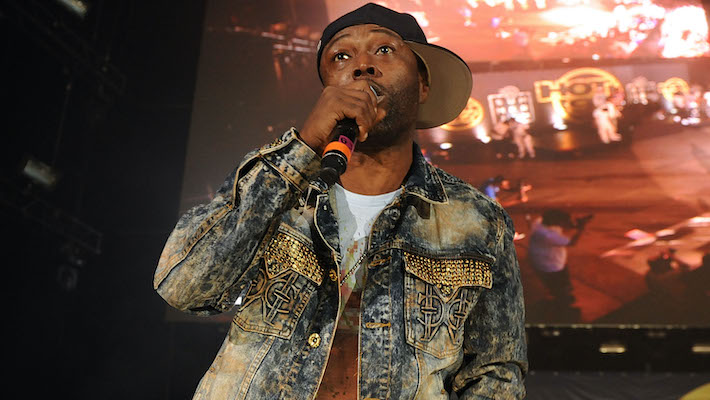 Hip-hop has lost yet another one of its artist at far too young an age on Saturday. Former Bad Boy rapper Black Rob has died at just the age of 51. The news was first shared by singer and producer Mario Winans on his Instagram page and was later confirmed by Mark Curry, who is also a former Bad Boy artist, in a video which a fan seemed to have screenrecorded.

“I don’t know where to begin this,” Curry said in the video while fighting back tears. “But I thank everybody for the donations. [Black] Rob passed away about an hour ago.” It’s unknown when or where Curry shared the video as it cannot be found on any of his social media pages. A cause of death for Black Rob has not been confirmed yet.

The unfortunate news comes just a week after a video of Black Rob in a hospital surfaced online. In it, the rapper can be seen struggling to talk while he sent condolences to DMX, who passed away last week. A day later, another video arrived, but this time it showed that Black Rob was out of the hospital. He did speak, however, about health issues and other struggles he’s been dealing with over the past few years, including a stint of homelessness.

“Oh man, I’ve been dealing with this for five years,” he said. “Four strokes … I don’t know what to tell you man. Sh*t is crazy. The sh*t is hard. I don’t got no house to live in — except maybe an apartment.”

Black Rob dropped his first album back in 2000 with Life Story. The project would debut at No. 3 on the Billboard and house his most successful solo single, “Whoa.” He would go on to release a total of four full-length projects in his career with the first two coming under the Bad Boy imprint. His most release was his 2015 mixtape, Genuine Article.

You can view the posts from Mario Winans and Mark Curry above.

It’s been three years since ASAP Rocky delivered a project for fans and while they’re certainly waiting for his next body of work, the rapper has something else in store for them later this month. Rock is joining in on the non-fungible token (NFT) wave with a collection of his own that will be released […]

YFN Lucci is once again in trouble with the law. The Atlanta rapper, born Rayshawn Bennett, was indicted on racketeering charges connected to a murder that occurred in his hometown of Atlanta. The announcement was shared through the city’s local news station, WSB-TV, which also revealed that Bennett was one of 12 individuals indicted in […]

J. Cole Is ‘Too Excited’ About His Upcoming Release, ‘The Off-Season’

Since the end of last year, J. Cole has been teasing a new release titled “The Off-Season“, an effort that will precede his upcoming album, The Fall Off. While he did not specify if “The Off-Season” would be a single or project, the Dreamville rapper can’t wait to share it with the world as he […]

Lil Nas X has had a big weekend. First he dropped his new single, “Montero (Call Me By Your Name),” alongside a barn-burning video, which climaxes with him seducing Satan before snapping his neck and taking his horns. But there was more: He was teaming with the viral company MSCHF to create a line of […]