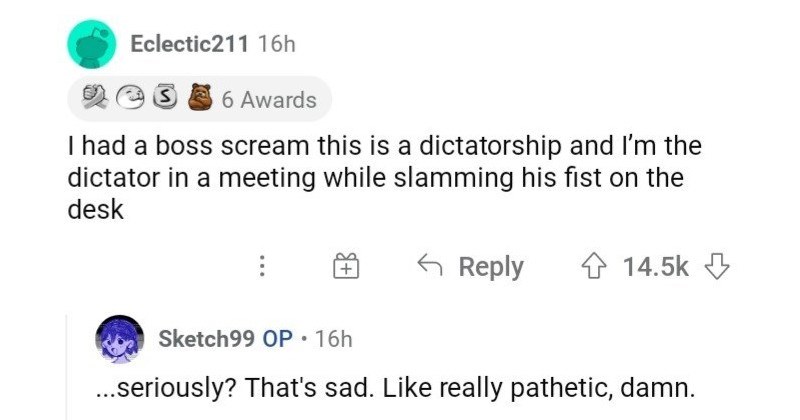 Ah, employment. There’s nothing like a dead-end job or a lousy boss to make you hate everything about your existence, and sadly, these conditions are a lot more common than they should be. We’ve all had to put up with things that shouldn’t happen at work, but it is only a brave or at least extremely peed off few who are bold enough to quit on the spot. At least, that’s what you might expect. However, an AskReddit by u/Sketch99 which questioned what made people immediately leave their jobs suggests it’s a more common phenomenon than we are led to believe. It just goes to show that mistreatment and malpractice are not factors that we should have to deal with — but they can provide an interesting anecdote or two.