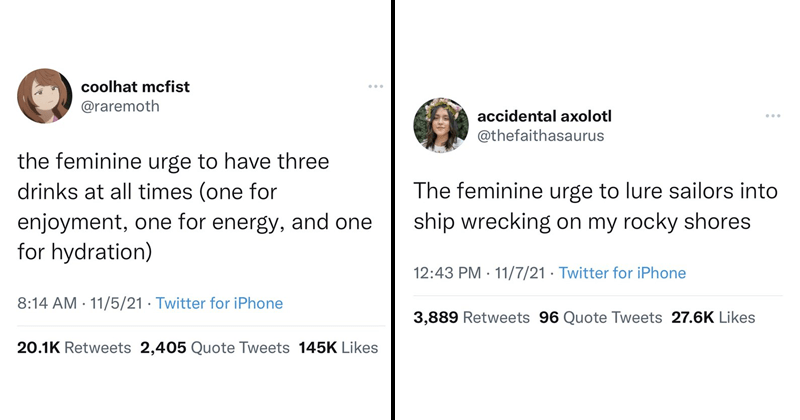 If you’ve been on Twitter at all over the past month, chances are you’ve seen some tweets about the “feminine urge,” “masculine urge,” or the “nonbinary urge.” People have been using “feminine urge” since as early as 2009, but it really took off as a meme after a Tumblr post simply reading “the feminine urge to stab <3” went viral back in April. That’s when the tweets started pouring in. After a few successful quips spread like wildfire, the phrasing became a very successful meme – so successful that renditions have been popping up like zits on a pubescent middle schooler.

While some of these memes are pretty relatable –  you know, needing to have three beverages at once – others are downright dark, depicting gloomy scenes of death, melancholy, and longing. They’re all pretty quality, so we’ve put together some of the best for convenient perusal. Stay tuned for the next series of pieces covering these “urges.” One never knows when they will strike.