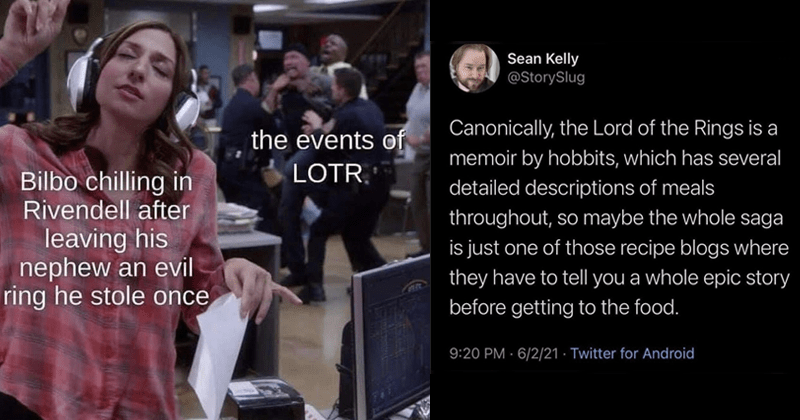 Happy Tuesday, nerds. We’re back with another hefty batch of memes for anyone who follows the epic works of JRR Tolkien. But you know, especially his movies. We’re visual people, and the movies made by Peter Jackson happen to provide some amazing fodder for the memes we love. Dumb memes. Dank memes. Ridiculous and groanworthy shitposts. You know the kinds. You’ll find memes like this most often on Reddit and Facebook, where there are entire communities dedicated to making memes about Lord of the Rings. And while they’re not the most intellectual posts we’ve ever seen, they’re entertaining as hell. So we’re bringing another collection your way, courtesy of the diligent meme makers who seem to worship Middle-earth.