Sparklemane is portrayed as exuberant and enthusiastic in general and about Unicorn Flakes cereal, however, his character has what’s been described as a “dark” and “disturbing” backstory. In his in-game bio, Sparkleman is described as a “mascot-slash-spokeshorse” for the cereal that is “cursed to roam the Island shooting cereal out of [his] hooves until the sun turns to ash in the sky” (shown below, left) The description for his emote, where Sparkleman dances with a box of the cereal, reads: “He’s actually in horrible agony,” suggesting the curse is agonizing (shown below, right). On September 30th, Fortnite Intel published an article detailing Sparkleman’s dark lore, suggesting that Sparklemane is a human trapped in a unicorn’s body based on the evidence. 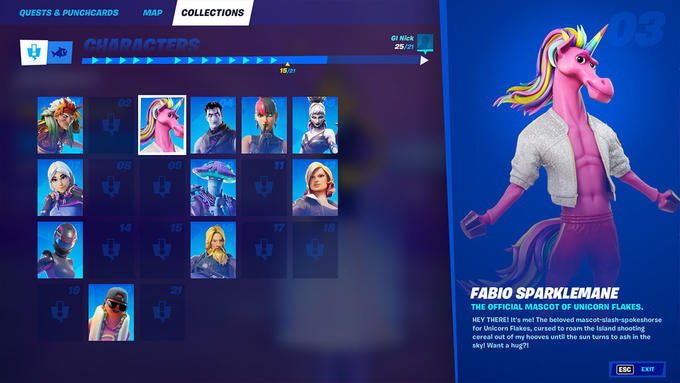 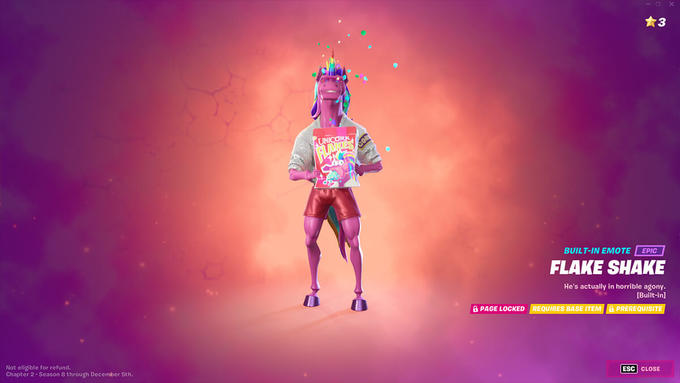