The episode Band Geeks first came out on September 7th, 2001, four days before 9/11. In the episode, SpongeBob attempts to recruit people to form a band to help Squidward, and a fight breaks out. Before the fighting begins, SpongeBob attempts to de-escalate the situation, at which time this line is said about him. The line is part of the sequence which was uploaded to YouTube by the channel Zathorn4126 on June 5th, 2021, earning 60,000 views in five months (shown below).

On April 8th, 2015, iFunny user TheJoJoGuide_2014 uploaded a screenshot from a now defunct Tumblr”:https://knowyourmeme.com/memes/sites/ifunny thread in which the lines are said above the character scene, earning 93 likes in seven years (shown below). 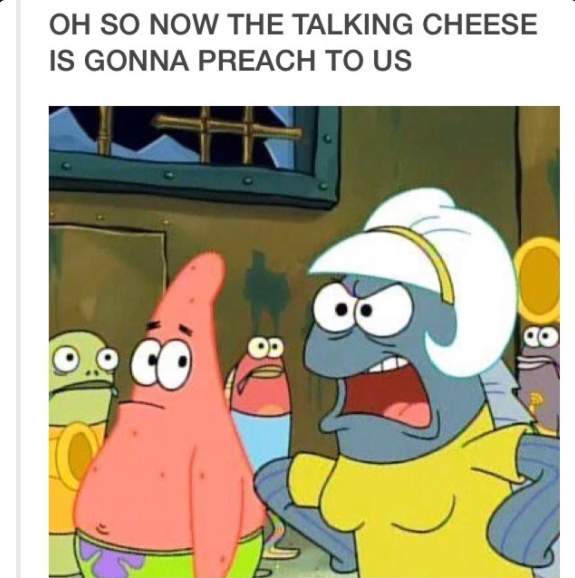