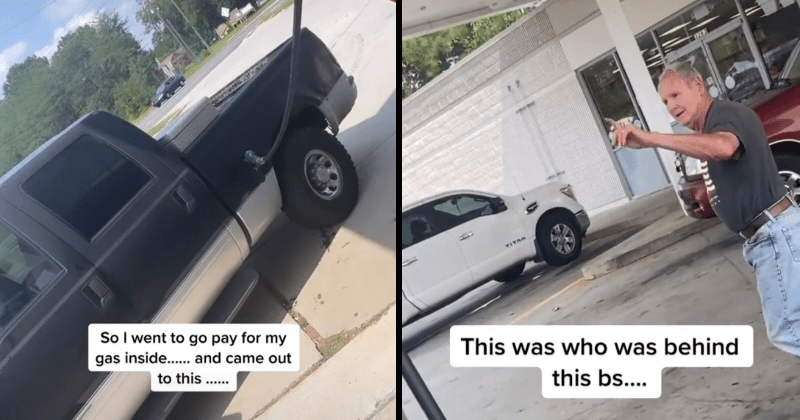 Out of all the annoying expenses in life, gas has to be one of the worst. The fact that you have to pay for your car to eat as well as yourself seems like some kind of elaborate scam, and yet it’s what millions of people do on a regular basis up and down the country. In most places, gas prices are nothing to sniff at — every drop matters when you’re filling the tank.

The last thing any driver wants is to get ripped off when they’re fueling their car, which is why @nelabee894 was enraged when she walked out of the gas station after paying for her gas only to find a man using her prepaid pump.

While the issue might seem like a cut and dried case of theft, some were not so sure after she uploaded a video to complain about the debacle. While many viewers were similarly outraged by the truck driver’s behavior, others took his side by claiming that she had been parked at a diesel pump and preventing him from refuelling elsewhere. Whoever was in the right, it proves that nothing brings out the audacity of people like having to spend money on their vehicle. Driving is a high maintenance skill to have in more ways than one.