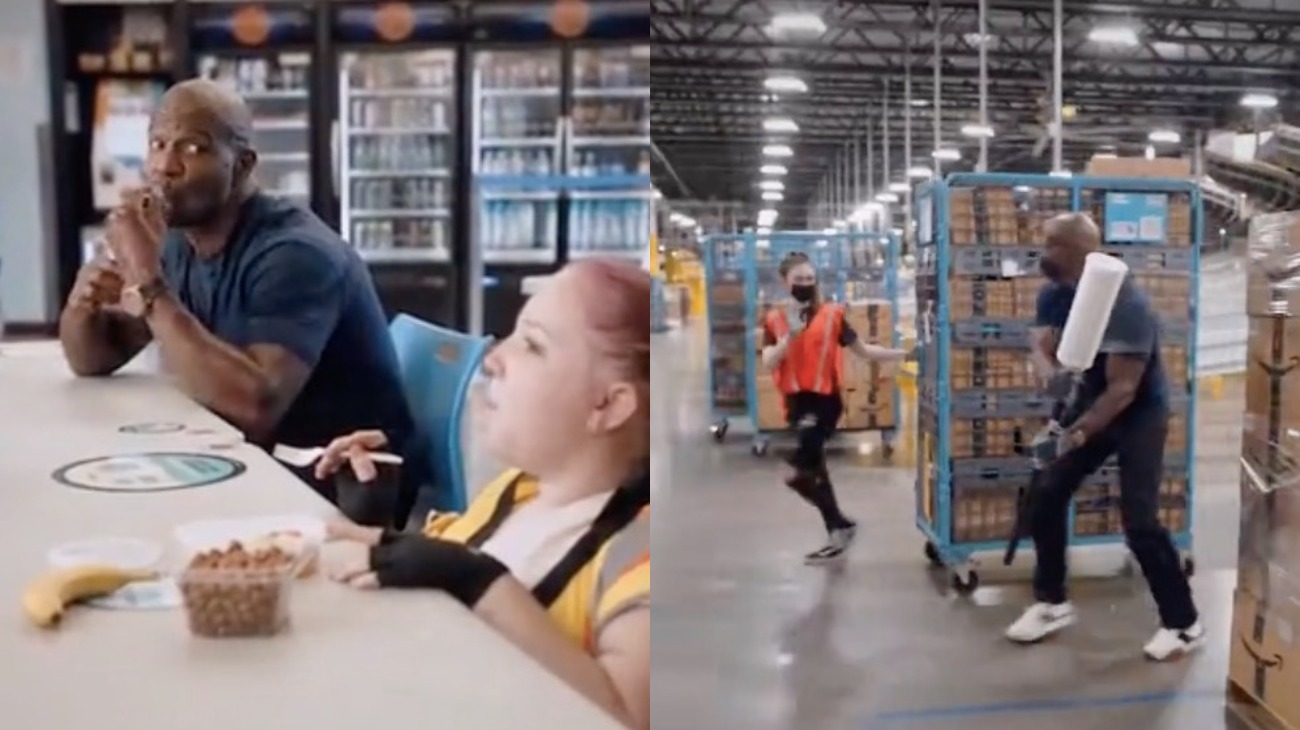 Amazon is well known for not being a great place to work, according to many online. In the past, the company has gotten in trouble for offering low pay, fighting unionization efforts and exploiting its workers — once famously limiting its employees’ bathroom breaks to the point that they were urinating in bottles

In recent years, the company has tried to get the message out that it’s actually a great place to work, with limited success: They once tried to deploy an army of ambassador Twitter accounts to combat negative press and recently attracted criticism for advertising that their employees could enter a mental health cube if they needed a break.

The Crews ads on TikTok seemed as transparently cynical as previous image-boosting attempts to onlookers, and Crews’ name trended on Twitter Wednesday afternoon alongside the backlash.

this is deranged man pic.twitter.com/3CTPZsCLZ2

This is Terry Crews cosplaying as a poor person to do an ad for union busting.
He’s basically John Cena’s character from Suicide Squad now. https://t.co/Inb5MBKFTk

Amazon: We can’t afford to pay our workers more.

Also Amazon: We’re going to pay Terry Crews a boatload of money to come roleplay as a poor person for a few hours. https://t.co/QflTqy5j7a

me: damn i gotta work there

Suffice to say, it seems the Terry Crews-Amazon ad has done little to boost either’s reputation.