The origin of the sickly, skinny, white boy archetype in modern, male beauty standards can be traced back to notable pop culture icons of the 1960s-2000s. These pop culture icons are predominantly musicians like Mick Jagger and Kurt Cobain, among others.

As zoomers grew up during the 2000s, sickly, skinny, white boys became more of a heartthrob archetype in movies and television. A notable, primary example of this is Robert Pattinson’s character Edward Cullen in the Twilight trilogy which was released in 2008. A secondary addition to this trend in television was Evan Peters’s character Tate Langdon in American Horror Story which was released in 2011.

The first, genuine mentioning of the term “sickly, skinny, white boy” on social media, however, was posted in December of 2017. On December 23rd, 2017, Twitter user @rihannasgayson posted a tweet that included photographs of male model Hugh Laughtan-Scott with the caption, “Sickly skinny white boys kinda won with this one.” The tweet (shown below) received roughly 7,700 likes over the course of four years. 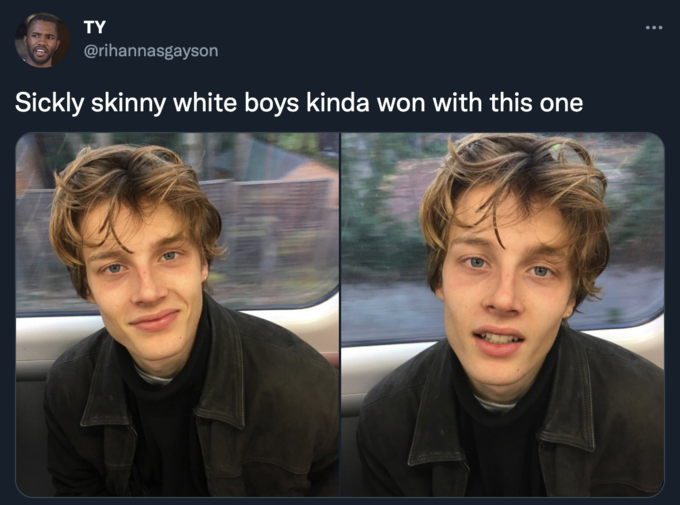