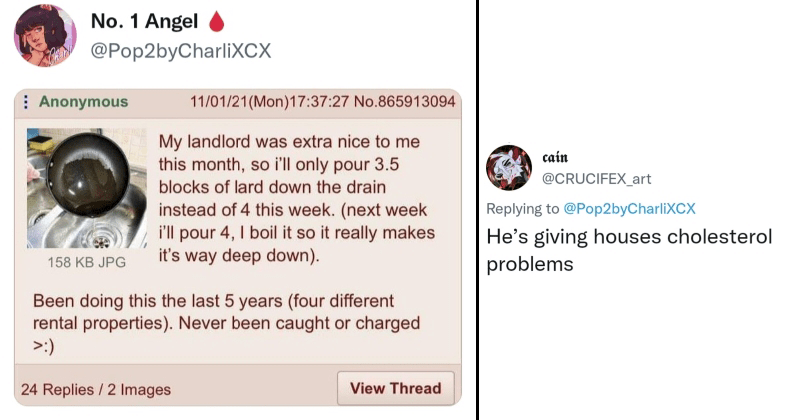 It’s generally accepted that renting where you live can be a headache. From subpar properties to outrageous landlords, it’s easy to get angry about how hard it is for many of us to find somewhere decent to call home.

As a result, it’s no surprise that some of the most determined tenants like to try and get even when it comes to their living arrangements. Sometimes this can take the more unconventional route, as with this story recently shared to Twitter. In it, an anonymous individual claims that they have pranked their landlords by pouring melted lard down the drain on a weekly basis in five of the properties they had previously lived in.

While many people sympathized with their scheming, it was pointed out that this unconventional tactic wasn’t likely to be the property owner’s problem. Instead, it was more likely to put strain on public infrastructure by helping to block up the sewers. Although the devious dedication to the task is almost admirable, it probably goes without saying that no matter how badly your landlord screws you over, this is not the way to seek revenge.