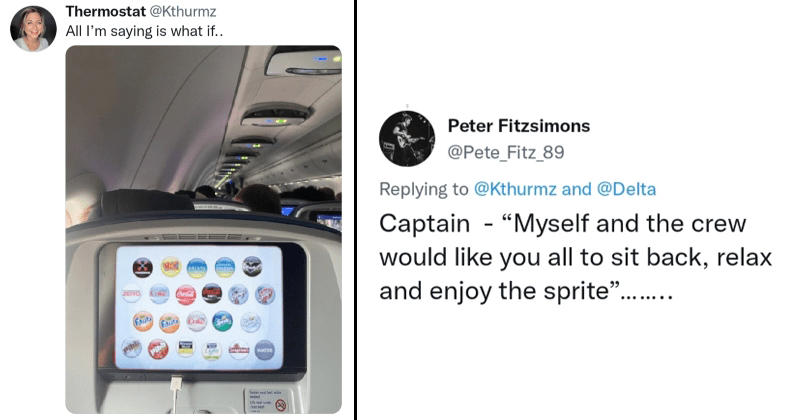 Few people who are stuck travelling cattle class enjoy the experience of flying. Cramped seats and recirculated air are nobody’s idea of fun, and the distractions on hand often aren’t that much better. The likelihood that cheap air flight is going to get much better is probably little more than a pipe dream, but it doesn’t hurt to let our imaginations run away with us sometimes.

This seemed to be the reasoning of @Kthurmz, when she went viral for envisioning a world where flyers were treated to an interactive drinks menu in the back of their seats. Twitter users jumped on the idea, theorizing how it could possibly work and hoping that an airline might try and take it on board.

As always, there were the critics complaining about what might go wrong, but that didn’t detract from the vision. If the novelty of soda fountains have taught us anything, it’s that people love pushing little buttons for light refreshment.