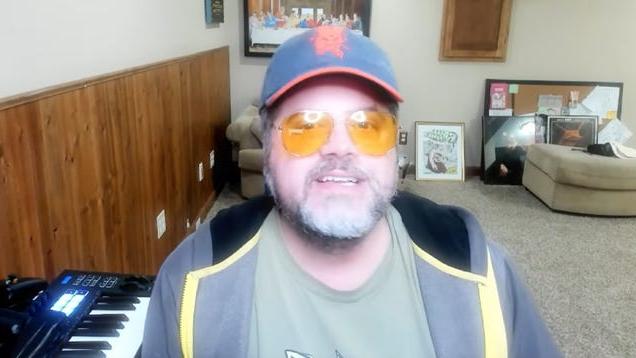 Richard “Lowtax” Kyanka, founder of the influential forum hub Something Awful, has passed away at the age of 45. The news was shared to the site by Something Awful admin Fragmaster.

I guess I should preface this by saying this isn’t a joke especially since I’m posting for like the first time in 10 years or something, but I got the bad news today directly from Rich’s family.

He also posted a video to YouTube sharing the news. Fragmaster did not specify nor inquire about the circumstances surrounding Kyanka’s death, but his second wife, who posts on Something Awful under the name LadyAmbien, confirmed it was suicide, implying it may have been due to the fallout from the couple’s divorce.

Reaction to the news was mixed. Many voiced their appreciation for the Something Awful community. Something Awful is indisputably one of the most influential websites in internet history. In its heyday, the site served as a poster’s den, sitting in the middle ground between 4chan, Reddit and Twitter. Veterans of the forums shaped the ironic, Weird Twitter “poster’s voice” that is a staple of modern internet discourse. The site also gave helped give rise to historic internet trends including Slenderman and Let’s Play videos.

However, other users pointed out how little part Kyanka played in the positive aspects Something Awful is known for. In 2020, he announced he had signed the site away, saying “good riddance.” The same year, he was twice accused of domestic abuse, though he never faced jail time.

Tributes on Twitter and on Something Awful were a mix of jokes and well wishes for his family, while others grappled with his troubled life.

Yeah, he had… problems.

It’s actually kind of incredible how much of the modern internet owes itself to Something Awful, and how little he had to do with any of that. https://t.co/knsbrGXZ8H

just collecting all the posts that made me laugh in the lowtax is dead thread pic.twitter.com/lkzJOylfUd

Rich “Lowtax” Kyanka, domestic abuser and founder of the Something Awful forums, appears to have died. As Jason says, you can’t really exaggerate the impact he had on modern digital culture. Some of the best and most of the worst things about the internet today started on SA. https://t.co/GzR3Z3uy4q

lowtax created many vibrant, creative and positive communities on the internet despite his best efforts not to

In a separate post, LadyAmbien confirmed that she suffered verbal and emotional abuse at the hands of Kyanka. She also said:

I know that all three of us spouses loved him very much when we first got together. He was a complex man and it’s devastating that there was so much potential there for a happier life if he tried to heal his demons and addictions successfully, and it ended like this.
Most humans are all not good or all bad. I have behaved in ways in my life that I’m not proud of. I don’t know what I’m trying to say here really other than that grief is really loving complicated and I wish he had tried harder to heal if not for himself then for his kids. I hated him in recent times, but I also at one time loved him deeply.