The template began seeing most use on Twitter after November 10th, 2021, when user @BonerWizard posted the screenshot next to Elizabeth Holmes, gaining over 2,400 retweets and 30,000 likes (shown below, left). This inspired the meme to begin trending on Twitter over the following two days. For example, later on November 10th, user @Fangoria posted the meme alongside a still from the Halloween film, gaining over 250 retweets and 1,700 likes (shown below, right). 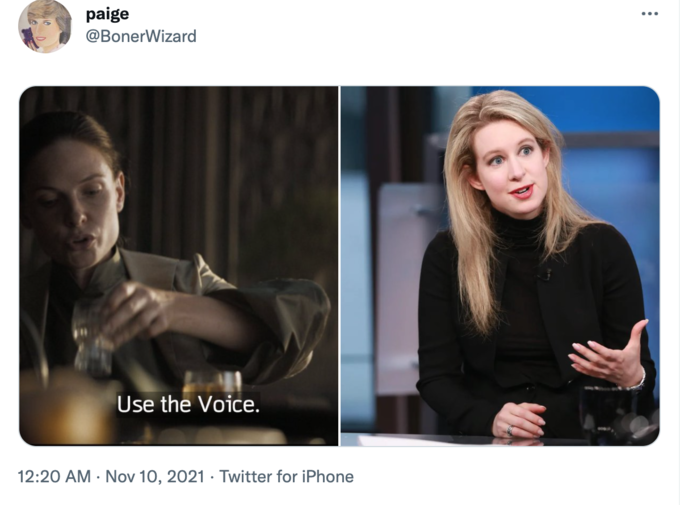 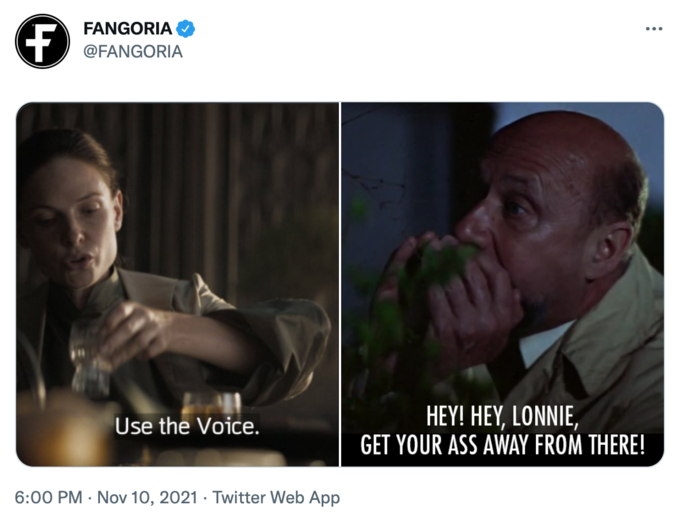