YouTube first announced removing the dislike button on March 30th, 2021, via a Twitter announcement. The reasoning they gave for wanting to remove the feature had to do with feedback they received from creators in regards to targeted dislike campaigns. They emphasized, however, that they wouldn’t remove the dislike button entirely. Instead, they were experimenting with hiding the dislike count; only the creator would be able to see how many users disliked their video. This initial tweet sent from them (shown below) received roughly 29,400 likes over the course of eight months. 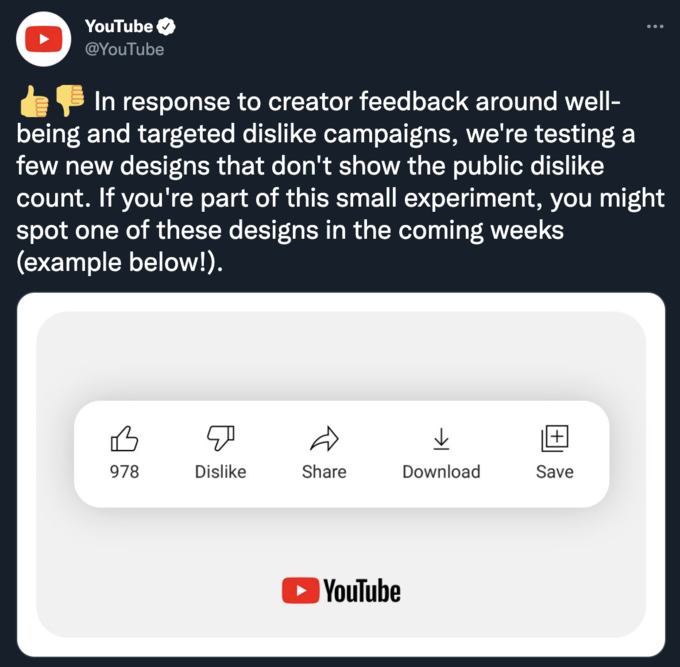