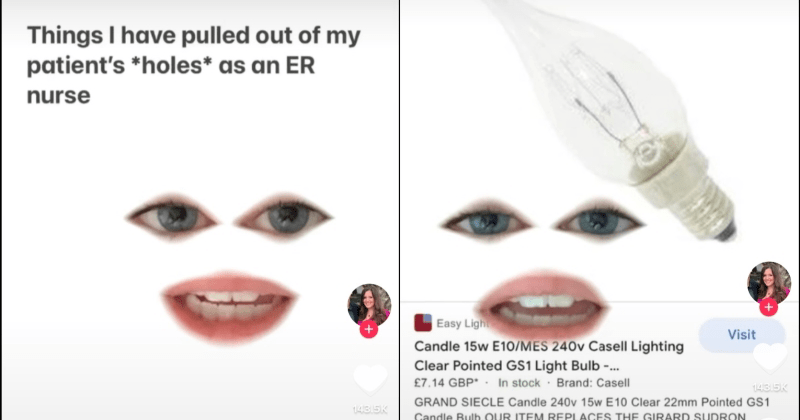 There are few crazier places to work than in the ER. The constant state of emergency is literally in the name, and people often manage to injure themselves in the strangest of ways. Few jobs are more revealing about how truly dumb most of us are, and nothing proves this more than the sheer number of people who get things stuck in their orifices.

This was discussed in a recent video by @katetoks1, which went viral after she revealed some of the things she had to remove from places they shouldn’t be in patients. The items varied from the oddly specific (exactly eighteen baby carrots) to the straight up horrifying, like a sadly deceased hamster. All in all, it leaves us with the unsettling realization that if something exists, somebody has probably tried to put it in their body inappropriately at some point. Worse still, somebody else might have been tasked with the job of taking it out.