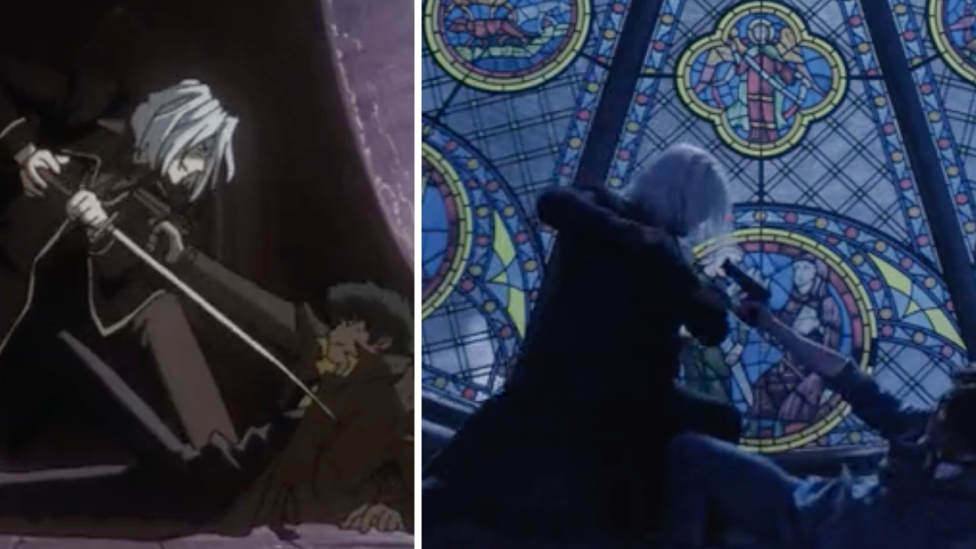 Netflix’s live-action Cowboy Bebop adaptation comes out in a week, and the show’s official Twitter account has attempted to generate hype by posting 1-to-1 comparison shots between itself and the original anime to demonstrate how faithful it is as an adaptation. The problem is, most people on Twitter seem to think the anime looks leagues better.

It’s time to wake up. pic.twitter.com/iu6NcCCMMQ

This thing is harder to land than you think it is. pic.twitter.com/oyQkBrfs8h

He was in love. Once. pic.twitter.com/s7NrxxriW9

Each 1-to-1 post from the Netflix series has, to put it lightly, had its ass beat in the QRTs. Many viewers have complained that the live-action shots look soulless and glossy compared to the gritty, gorgeous animation of the original.

The visual poetry of the first shot. The second shot looking like it’s from The Room. I dunno guys, I dunno https://t.co/zsXhSyzIyT

All these clips are just advertisements to watch the original instead https://t.co/GJY8MXMywd

I want to like this show, and I’d appreciate it if Netflix stopped giving me reasons not to https://t.co/JduUQF9anC

increasingly convinced this is one of the worst eras for visuals in american cinema. the digital netflix sheen is so sanitized it becomes revolting. an uncanny valley of diet-cinematography. it has all the texture and flavor of stevia mixed into a paper cup of lukewarm water https://t.co/UxEEZzGDbU

recreating an anime shot for shot except with 2010s-2020s Hollywood Lighting Decisions is such a beautifully awful decision https://t.co/YZeK84k4oW

Love how you completely took the life out of it. Great job https://t.co/m29M5b6J0m

There’s still a week until Cowboy Bebop drops on Netflix, but as of now, fears are raised that it will certainly be another case of the dreaded Netflix adaptation problem.