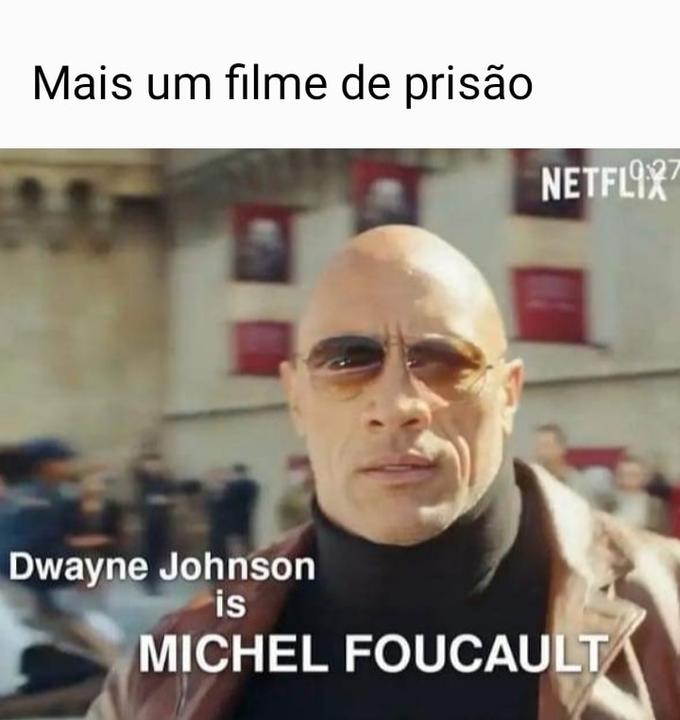 Other Facebook philosophy meme pages reposted the image in the days following. The first to do so was Facebook page, Epistemological Diarrhea sparkled with obstacles, whose repost, posted on November 8th, 2021, received roughly 3,300 reactions over four days.

The format started being remixed by other philosophy-centric Facebook pages in the days following. The first known derivative was posted on November 10th, 2021, by Facebook page, Etymology Memes for Reconstructed Phonemes. Instead of “The Rock” and Michael Foucault, the meme showed actor Jude Law playing philosopher Ferdinand de Saussure. The meme (shown below) received roughly 1,500 reactions over the course of two days.