As stated above, Twitter user @peristatic_, who went by @YoltsPeri at the time, tweeted the screenshot on September 23rd, 2021, captioning the image, “BERDLY WHEN HE SEES KRIS IS IN THE DARK WORLD,” in reference to the characters in the video game Deltarune. The tweet (shown below) received roughly 11,600 likes over the course of a month and a half. 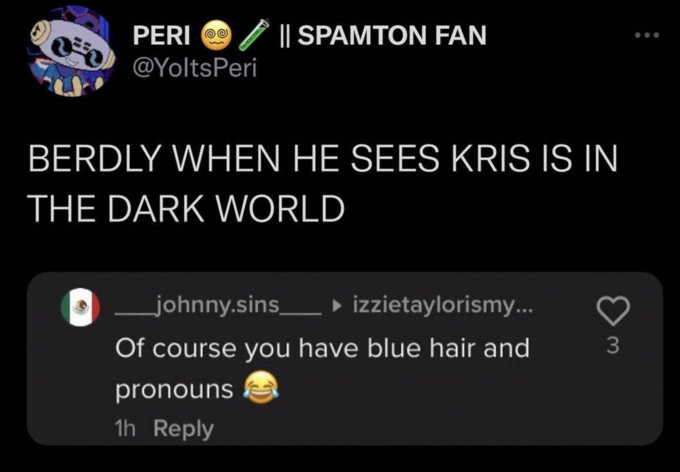