Starting on November 7th, multiple artists on Twitter made posts utilizing the format, both quote tweeting previous tweets and making independent post. For example, on that day, Twitter user @kaellzor made the first such post to break 4,000 retweets, an Attack on Titan redraw of Brazilian singer and actor Fiuk (shown below, left). On November 11th, Twitter user @Taijuey posted the most popular version of the meme as of mid-November 2021, which gained over 14,200 retweets and 81,200 likes in one day (shown below, center). 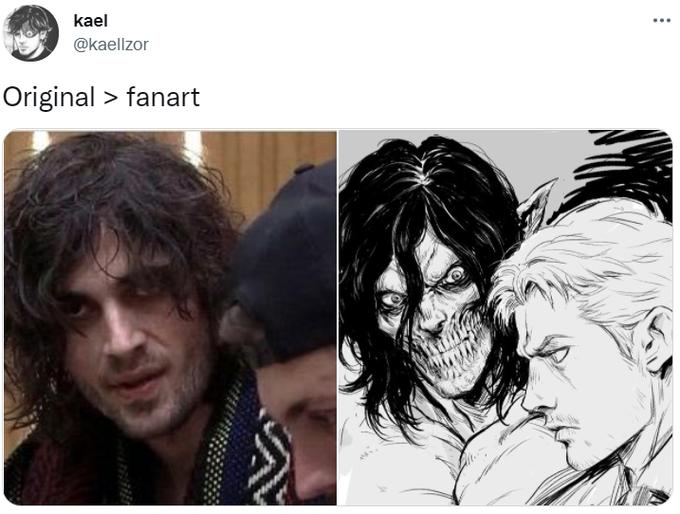 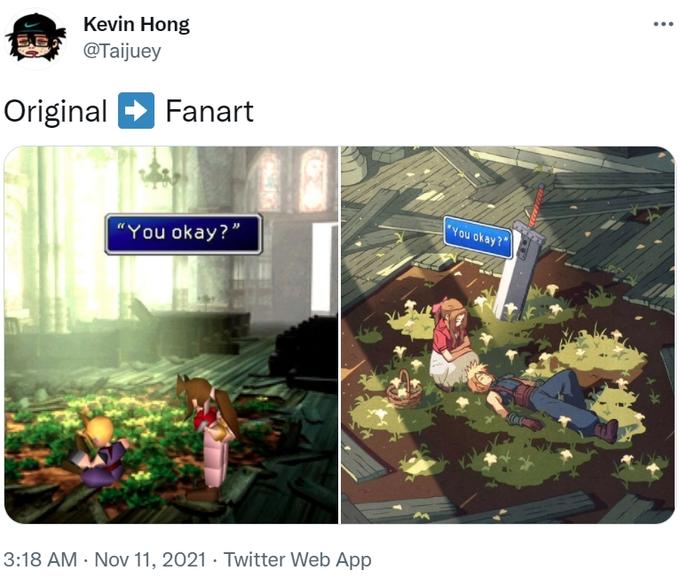 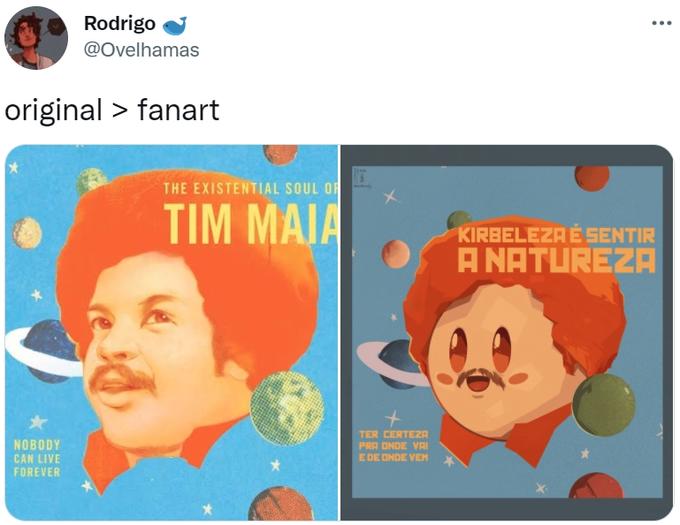