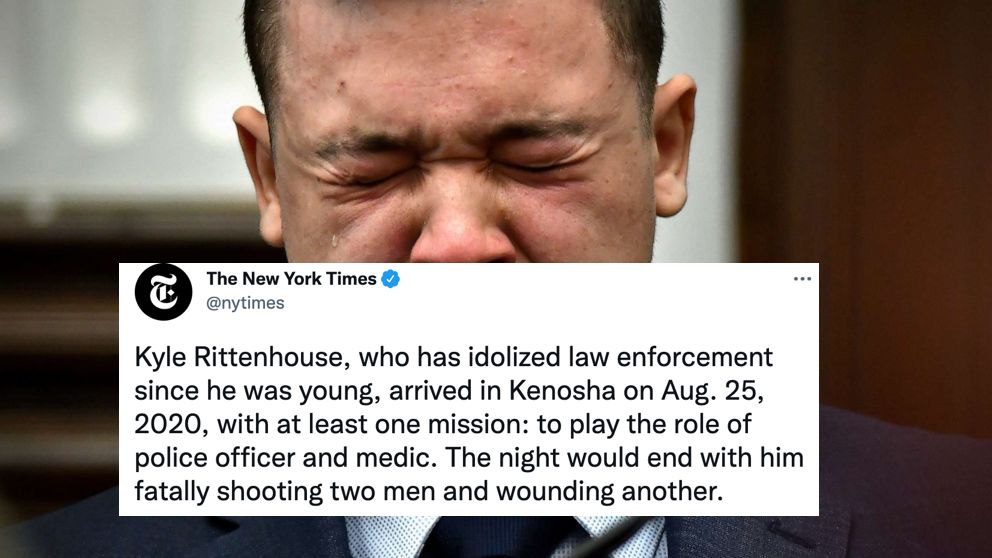 The trial of Kyle Rittenhouse continues to occupy the center of the media and internet’s attention, and those two sides appear to have very different ideas of how it should be covered.

This morning, tweets from The New York Times and Reuters that many claimed intentionally framed Rittenhouse, who shot and killed two people during the Wisconsin protests of the killing of Jacob Blake, in a positive light rubbed users the wrong way.

Kyle Rittenhouse, who has idolized law enforcement since he was young, arrived in Kenosha on Aug. 25, 2020, with at least one mission: to play the role of police officer and medic. The night would end with him fatally shooting two men and wounding another. https://t.co/UuM8VJQGXR

During the day, Rittenhouse helps clean graffiti off a school. That same day Joseph Rosenbaum, 36, is released from a Milwaukee hospital where he had been admitted after a suicide attempt 3/10 pic.twitter.com/RPdoOF5o4A

To many Twitter users, the tweets seemed in line with a general media trend towards being sympathetic to white shooters, and many expressed their frustration with the sort of image rehabilitation the publications seemed to be engaging in.

Rittenhouse then went to choir practice after helping out in a homeless shelter soup kitchen JFC gimme a break.

jfc @Reuters if you suck Rittenhouse’s dick any harder you’re gonna turn him inside out.

jfc @Reuters if you suck Rittenhouse’s dick any harder you’re gonna turn him inside out.

“Ted Bundy, who became obsessed with women, thought about lobbying for the ERA but ended up going in a little different direction.” – NY Times Normalization Section

Sauron, idolizing Morgoth from a young age arrived in Middle Earth with one mission: to create rings. pic.twitter.com/c9im7oOCkf

Charles Manson, who loved dune buggies and idolized The Beatles, arrived in Los Angeles with dreams of recording success. A thwarted record deal and an address mix-up led to him expressing his grievances in a way that many have issues with. https://t.co/TaMkZHlS51

The Rittenhouse trial continues, and opinions about how it’s proceeding, both online and offline, show no signs of abating.