On November 11th, Instagram user yourlordandsaviourmemesatan posted a crying SpongeBob meme captioned “‘lEt pEoPlE eNjOy tHinGs’ people when I rip out their ribcage and eat up all their organs,” expanding the premise away from Pokemon fans to fans more generally, gaining over 25,800 likes in a day (shown below). 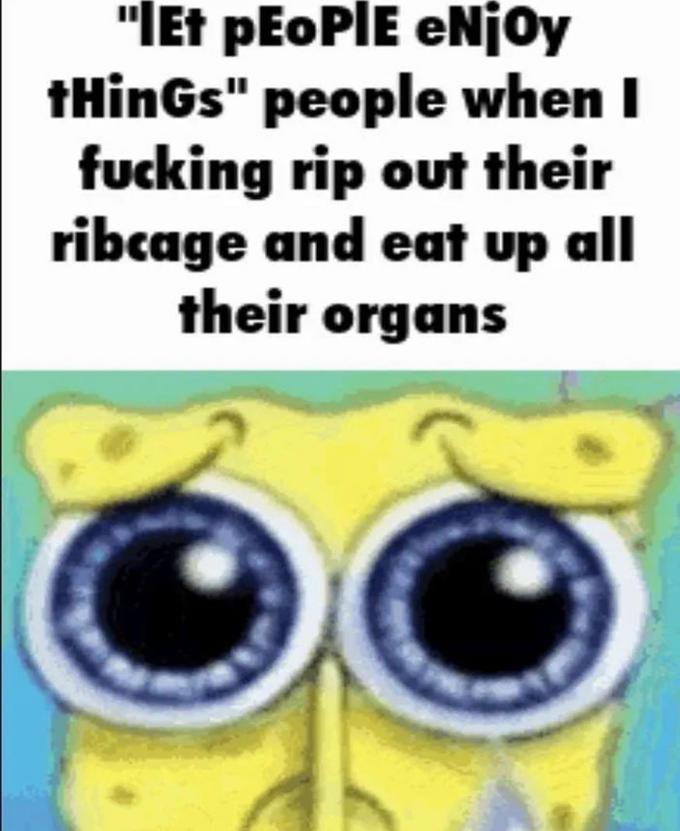 On November 11th, Twitter user @TheFunny_mp4 posted a version of the meme using the Boss Baby crying image to joke about buying an NFT owner’s brain and lungs instead of screenshotting them, gaining over 53,000 likes and 3,600 retweets in a day (shown below, left). On November 12th, Twitter page @weirdrealitymp4 posted an image macro using a Kanye’s Blank Stare image and a caption about being anesthetized but conscious during an open-heart surgery, gaining over 15,600 likes and 1,300 retweets in under a day (shown below, right). 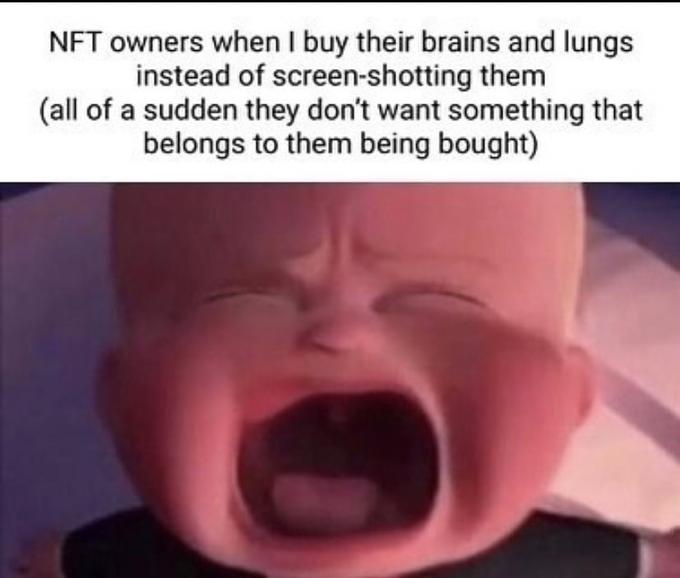 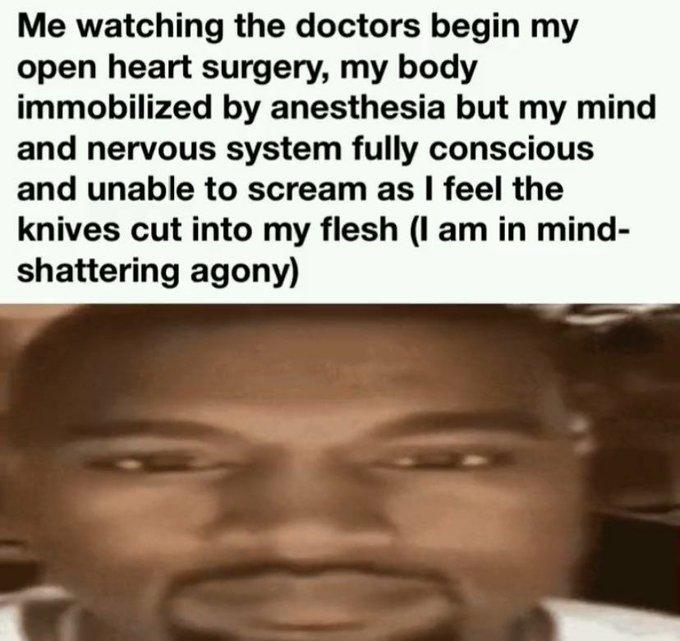