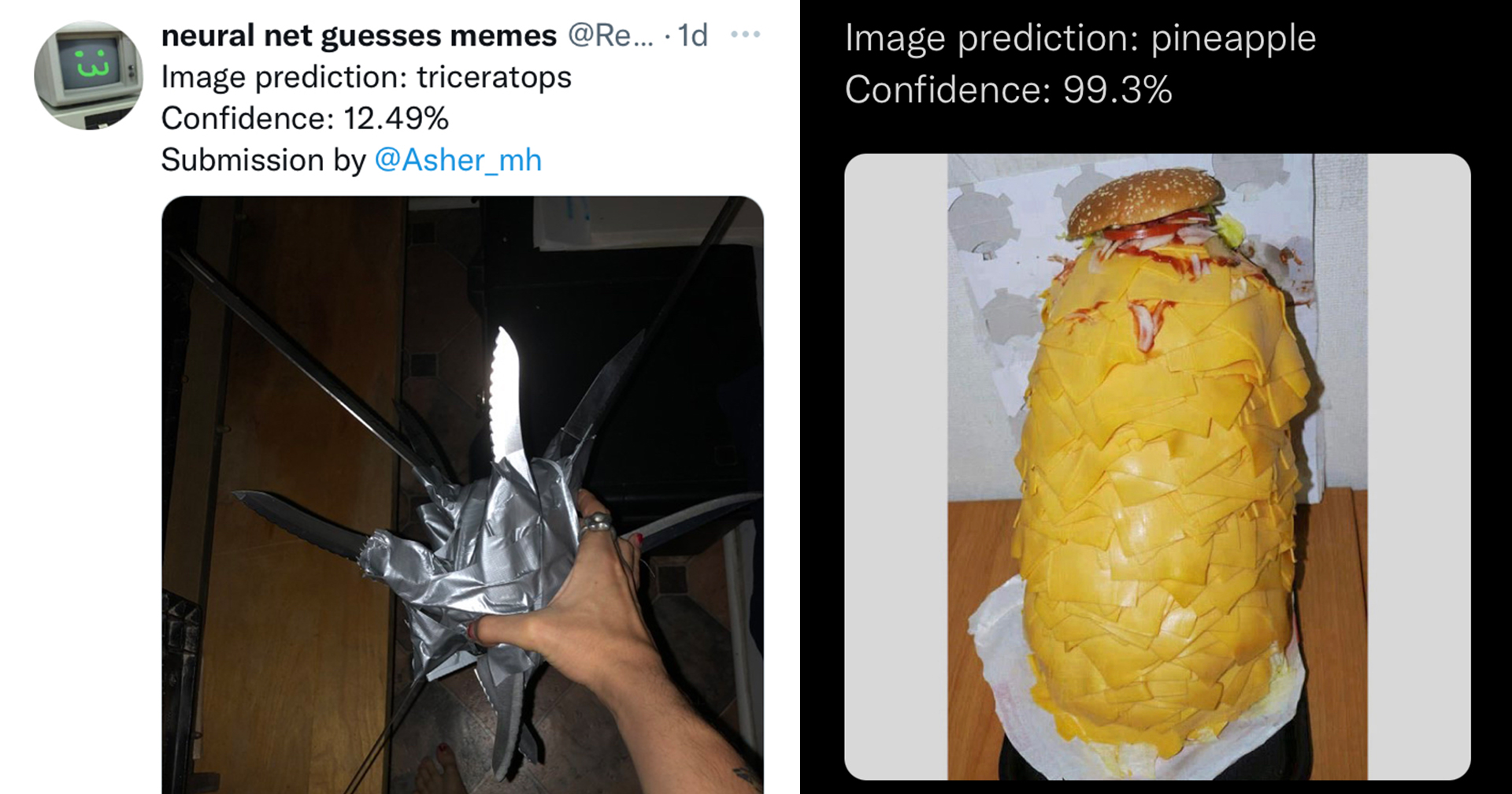 Neural networks are artificial networks of neurons that are the backbone of deep learning algorithms. They’re basically simulated brains that have the capacity to ‘learn’ from datasets. If you remember those trippy ‘deep dream’ images that were going around several years ago, those were generated using a neural network. But not only is this sort of AI used to generate images, some can also analyze existing images and describe them. @ResNeXtGuesseris a Twitter bot that passes submitted memes through a neural network and generates their ‘predictions.’ The results are hilariously wrong most of the time, but hey, the AI is still learning. Still, as dumb as the human race can be, we’re still a whole lot smarter than robots. Keep scrolling to see some of our favorite analysis from @ResNeXtGuesser.