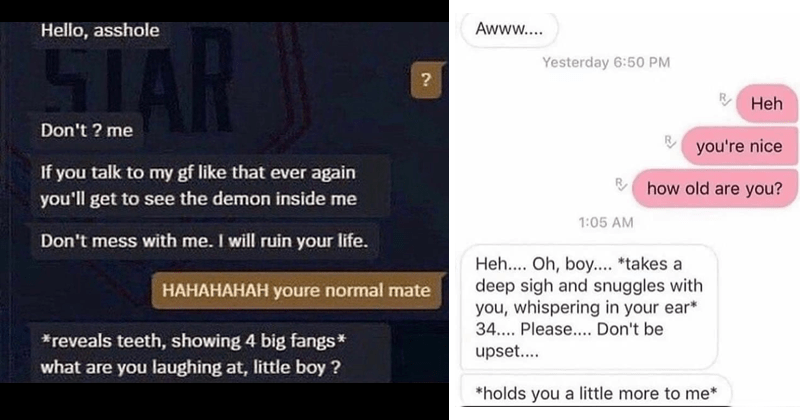 Many women have been subjected to creepy dms from total strangers. But only some women (or men, who knows) have had the distinct displeasure of receiving correspondence from a person who is hell bent on roleplaying. Maybe they think it’s cute. Maybe they think it will stir up the recipients imagination. But more often than not, horny and overly descriptive messages result in the the opposite of the desired effect: absolute disgust. Sometimes the sender is a homebound furry. Sometimes they’re a delusional katana-wielding neckbeard. But almost all of the time, those messages are embarrassingly bad ideas that will get screenshot and laughed at like the examples here.