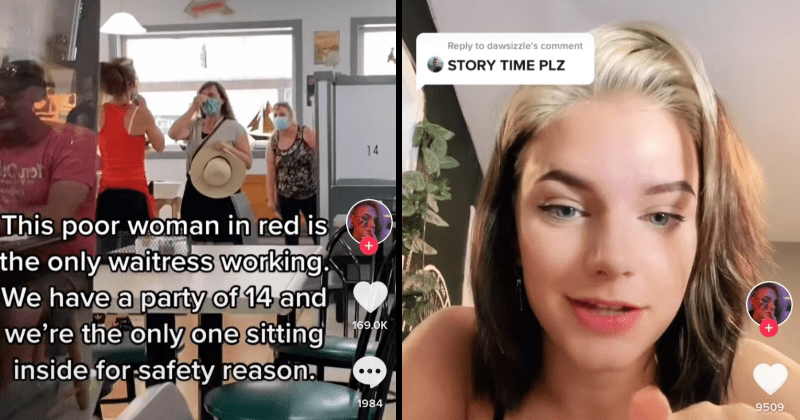 With its long hours and temperamental pay, working in hospitality is not the easiest job at the best of times. Working in the middle of a pandemic has only made it that much harder. When you don’t work in this kind of environment, it’s easy to be oblivious to the worst of these working conditions. One customer received an unwelcome shock when they witnessed their stressed out server bear the full force of a rant by an angry café Karen.

Filming the experience, @kkillen explained how the woman had lost her temper after being told she could not be seated inside due to Covid restrictions. After an outpouring of  support for the worker in the comments, they followed up with another video explaining more context. The waitress was also dealing with a walkout by another employee, and the Karen she had to deal with followed up on her visit with multiple phone calls (including to the local radio station). While their party helped clean up and left a $100 tip, it may not have been much of comfort after dealing with that reaction. Some people’s entitlement levels truly know no bounds.