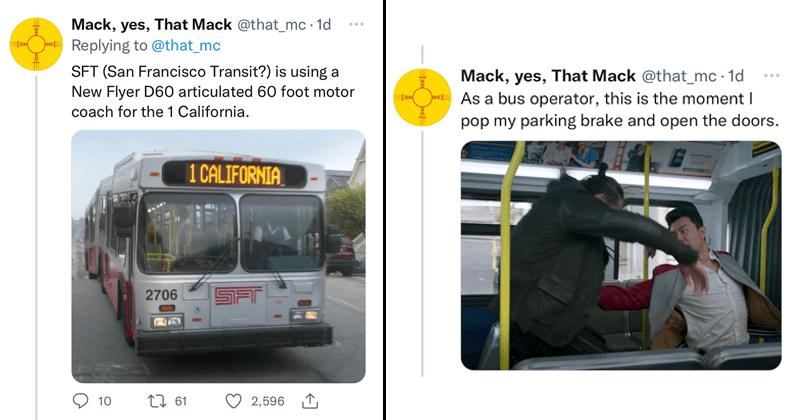 Right now, in mid-November, most of the Marveltalk we’ve been hearing has been about how bad The Eternals was despite its star-studded cast. Amongst all the criticism, September’s Shang-Chi was quietly released on Disney+, completely free of charge. The film, which received far better reviews than The Eternals, features a particularly epic fight scene on a San Francisco city bus. While it’s no Speed, it’s definitely a tense tussle. Thanks to the Disney+ release, it’s a scene that more people are able to enjoy from the comfort of their homes. One such viewer, a poet and bus operator from San Francisco, decided to compose a very long and very detailed analysis of its accuracy – all in one convenient thread. It’s almost as wild of a ride as the actual scene, offering insight we’d never receive otherwise. Even star Simu Liu was impressed by the account, which you can enjoy right here.

Finally watching Shang-Chi, here as a bus operator to rate the SFT transit factors of The Bus Scene: