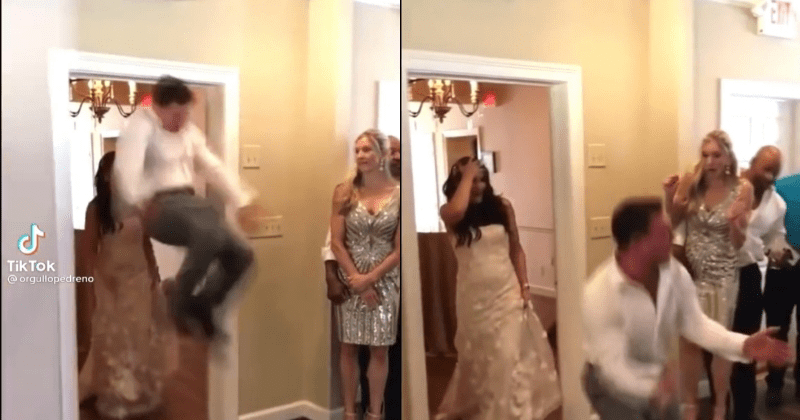 One of the best and worst parts of getting married is that all eyes are on you. It may be a day all about celebrating your relationship, but guests also judge you by your behavior, too. For those with more attention-seeking tendencies, this can be the perfect opportunity for showing off. However, it can also go very, very wrong, as a video from @orgullopedreno has shown.

In the viral TikTok, a newlywed couple is shown arriving at their wedding reception after their names are announced. This is no ordinary entrance, though, as the groom goes before the bride and attempts a spirited high kick that is stopped in its tracks by the doorframe.

The event has left many viewers cringing, with some saying that they would be horrified if their significant other ever attempted anything similar. Sometimes, it really is just best to keep things simple — especially if spatial awareness isn’t one of your strong points.