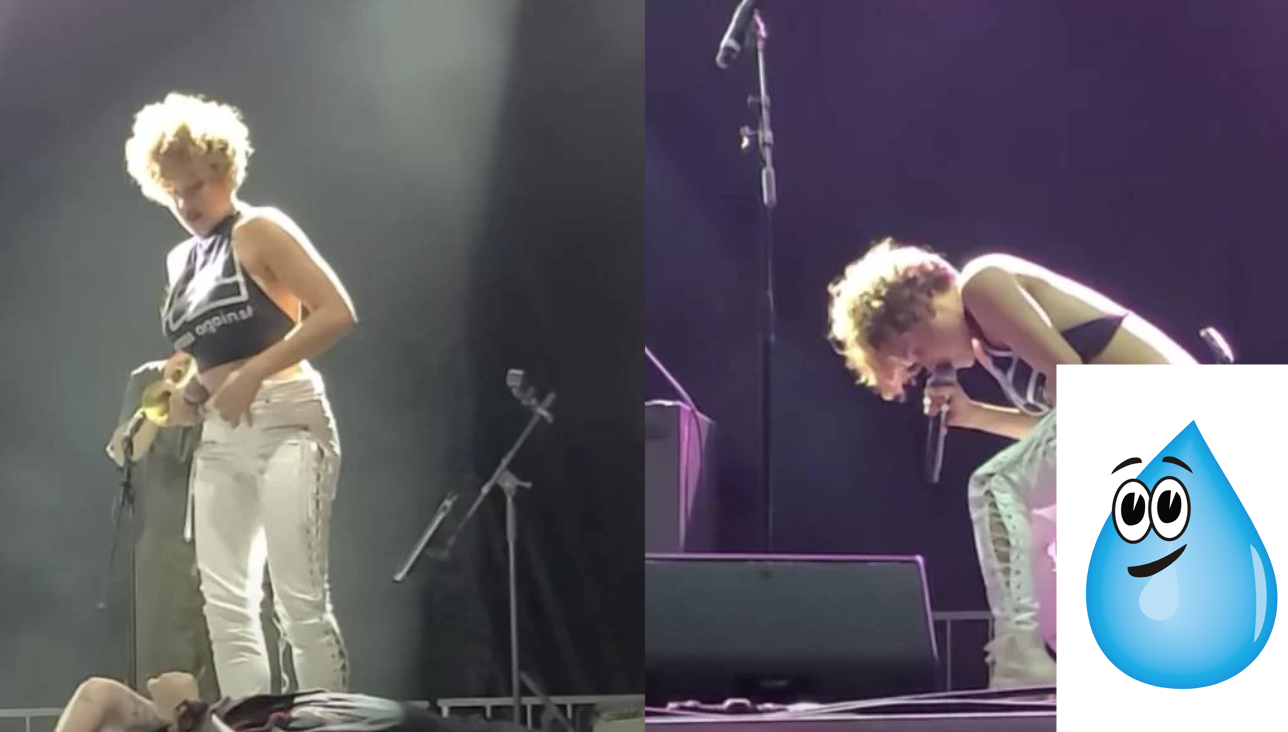 Never let anyone tell you punk is dead. Last weekend at the Welcome to Rockville festival in Daytona, Florida, Brass Against singer Sophie Urista channeled the spirit of GG Allin when she invited a fan on stage, dropped trou, and peed on his face. If you want to see that, here you go (major NSFW warning, of course):

Brass Against, a band that does brass covers of heavy rock songs, was in the middle of covering Rage Against The Machine’s “Wake Up” when the incident occurred.

The band issued an apology for the incident, first tweeting “that’s not who we are as a band” before deleting that and posting a second tweet that assured future concertgoers it “won’t happen again.”

As one might imagine, publically urinating on a fan’s face turned out to be an extremely controversial thing to do, even though the fan, who had a camera mounted on his head, consented to it.

Opinions were split on whether this was a truly “rock and roll” thing to do or if it was just gross, at least according to Twitter.

she did nothing wrong it was metal as fuck!

PSA: Bands, do not pee on your fans

I am fucking HOWLING. Imaging a pre-arranged “piss on a fan’s head” segment and then afterwards when everyone goes “what the fuck was that?” you go “ahhh shit. Just got carried away.” “Carried away” is eating 3 slices of pizza instead of 2. Not drowning a dude in your pee https://t.co/n2jA6SzJmC

Holy fuck people. Don’t know who needs to hear this but please leave the stage if you have to pee instead of doing it all over a fan’s face.

They said the fan really enjoyed himself and spit the pee on the crowd like Triple H 😂🤣😂 pic.twitter.com/HmRv1RPSq8

At the very least, Urista cleaned the pee herself so venue staff didn’t have to deal with it. There has been a police report filed against the band, meaning Florida police are going to be taking a long hard look at her peeing on a guy.