The phrase and various images of Zynkyoku, mainly the one captioned “the jews fear the samurai,” became notably popular on 4chan over the course of the 2010s starting around 2013, largely on the /pol/ board. A 4plebs search for the exact phrase shows over 2,200 uses since 2013.

The image has been used in image macros outside of 4chan. On September 19th, 2020, Redditor marux_1 posted a meme to /r/Memes_Of_The_Dank using the Nobody: format and the image to describe the History Channel at Night, gaining over 12,900 upvotes in a year (shown below). 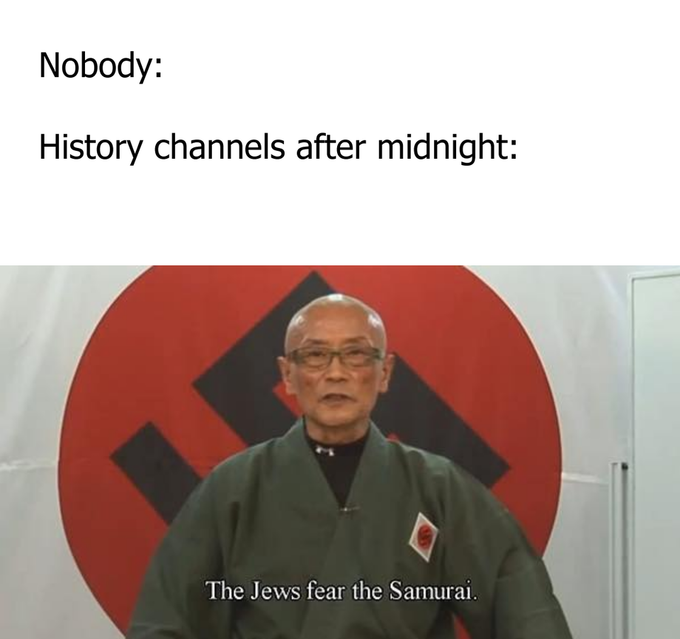