The original photo’s origin is unknown; it is first known to have appeared online in 2012, circling around in social networks. Initial edits to the picture were not of humorous nature and instead reflected further on the life of a soldier. 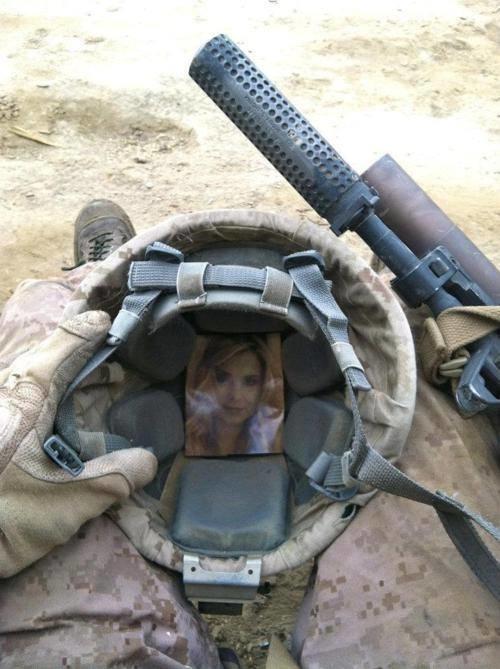 The first meme edits of the picture appeared in 2016, depicting anime girls. One such example was posted on September 9th, 2016, by Redditor u/buggr to the /r/justneckbeardthings subreddit (seen below, left), receiving 220 upvotes and 44 comments in six months.