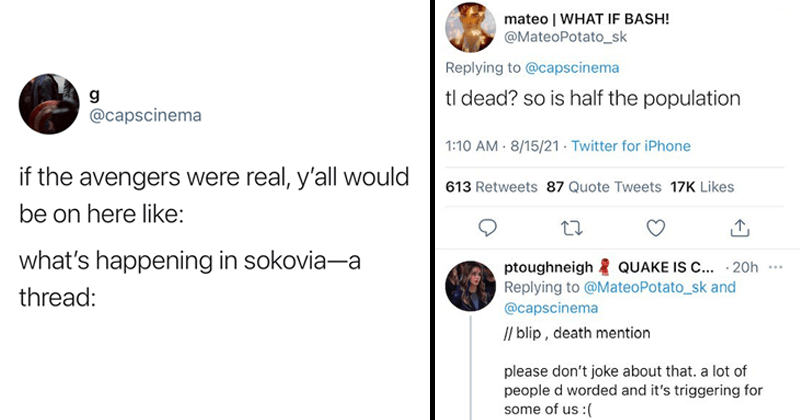 This isn’t the first time that the internet has imagined a terrifying world where the Avengers are real. But to our knowledge, it’s the first time the focus has been how social media would look with those superheroes doing their thing. Spoiler alert: It’s cringey as hell.

if the avengers were real, y’all would be on here like:

The fun started thanks to a thread @capscinema, a Marvel fan who chose violence – not only against the Avengers’ destructive tendencies, but also against some common Twitter tropes. You know, virtue signaling, crowdfunding, and those insufferable explainer threads where a self-proclaimed authority explains some kind of humanitarian disaster. The initial thread of hilariously astute tweet inspired users to add their own Twitter roleplay to the mix. While many of the tweets deal with crappy insurance (very real if you’re here in the United States), others get a wee bit more creative. We’ve put together our favorites of the bunch, but there’s loads more where these came from.