On July 24th, 2011, 16 year old Ludwig uploaded his first video to YouTube, titled ‘Starting Out Right’ under the moniker of ‘TheZanySidekick’ which has since been privated. On July 8th, 2019, with his 1600 subscriber sub goal being reached he re-watched the video on stream and uploaded it to YouTube, earning 95,000 views in two years (shown below).

After years of uploading to his YouTube channel, Ludwig created a Twitch channel on May 16th, 2018, and started full-time streaming on February 16th, 2019, and started to accumulate subscribers immediately. Still uploading content to YouTube daily, Ludwig had explosive growth in his channel. By December 17th, 2020, Ludwig had acquired his first 1 million subscribers, and in only 10 months he reached 2 million subs, on October 31st, 2021. 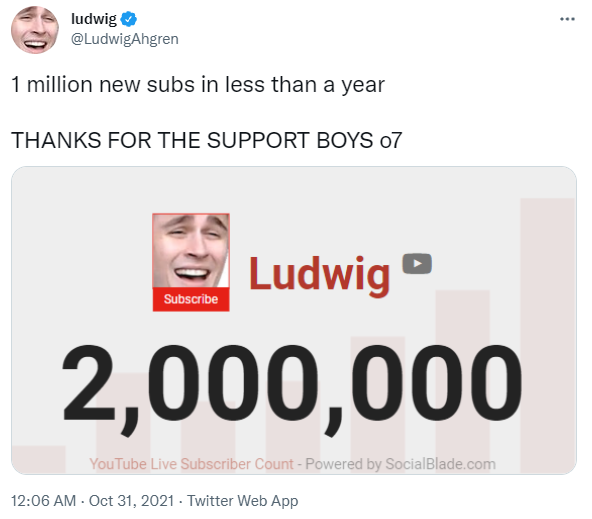