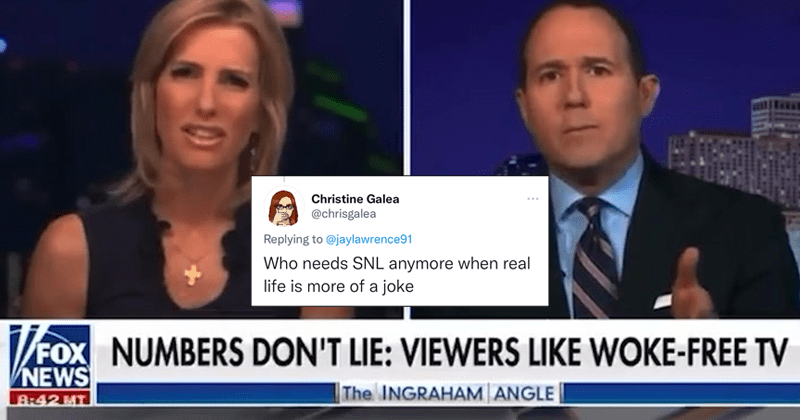 For a television host, Fox News’ Laura Ingraham seems to be living under a rock where television is concerned. On Ingraham’s Monday evening show, conservative commentator Raymond Arroyo brought up the Netflix show You. For others who are unaware, it’s a wildly popular program about a creepy (but hot) stalker and his relationships. Arroyo avoiding discussing the darker topics of the show, instead using it in a conversation about woke shows and their stances on vaccines and Covid-19. When Arroyo says they mentioned measles on You, Laura becomes confused, thinking that You is a reference to her own show. After an excruciatingly (and hilariously) cringey minute-long back and forth, Ingraham still cannot compute, and Arroyo opts to move on to another topic – Adele. The blunder has attracted the attention of many internet users, mostly inspiring reactions of delight, amusement, and a lot of gleeful mockery. We can’t blame ’em – this video is almost too good to be true.

And this, everyone, is the greatest video of all time: pic.twitter.com/Kf3jHXUliQ