On December 2nd, 2020, cartoonist Davian Chester (@Real_Toons) posted a comic within his Illustrating the Black Experience series in which an upset African-American father drags his son away from a white girl, with the boy dropping a flower bouquet meant for the girl. In the cartoon, the father says, “Oh hell nah!! Not my son!” In the post, Chester wrote, “Toxic or protective father?” The cartoon (shown below) gained over 2,200 likes on Instagram, 130 reactions on Facebook and five retweets on Twitter in one year. 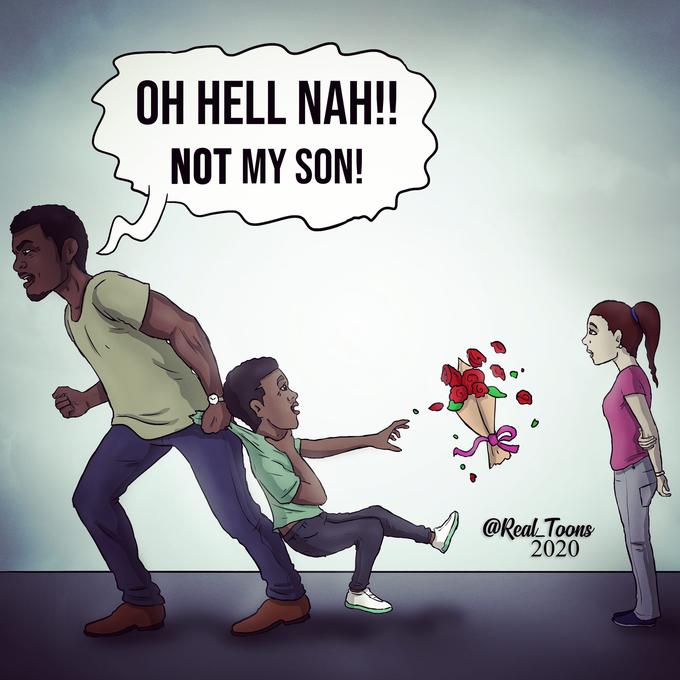 The image did not see use as a meme format until November 14th, 2021, when Twitter user @mezthegoz posted an edit of the cartoon in which cover artwork for the Please Don’t Bully Me, Nagatoro anime series was edited in (shown below). The post gained over 3,500 retweets and 30,100 likes in two days. 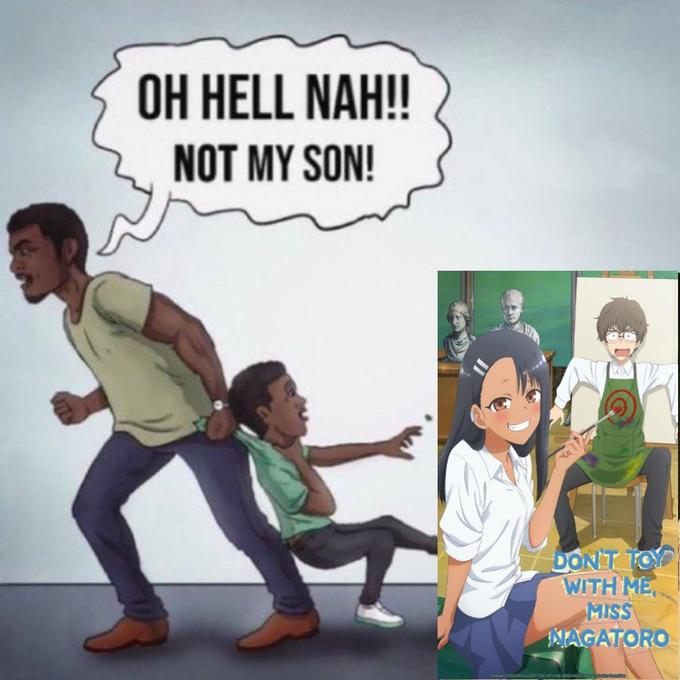