“Don’t get brazen with me!”

Memes related to Binger prosecuting Rittenhouse began appearing online as more and more instances of him asking unnecessary or speculative questions began to emerge. A picture of Binger holding his iPhone up during questioning led to meme attention online. On November 10th, 2021, Twitter account @8EyedEel posted a tweet using the screenshot with the caption, “One ticket for ‘Joker’ bought in 2019. You went to the theater without a girlfriend, is that correct Mr. Rittenhouse?” The tweet (shown below) received roughly 32,400 likes over the course of six days. It also inspired other memes to be made using the image as an exploitable, where meme creators photoshopped different things onto Binger’s empty iPhone screen. 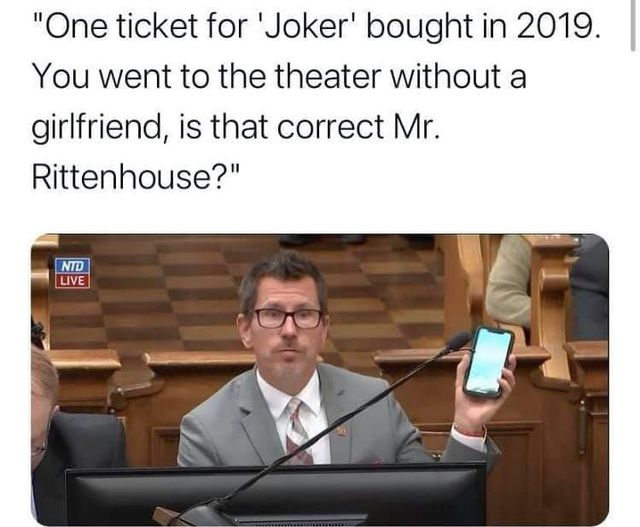