On September 16th, 2020, Tumblr page heritageposts started an “oppa homeless style investigation” post, meant to find the origin of the post and whether or not it’s real. The post shares the Imgur and Reddit origin links and discusses how the post may be fake due to the appearance of the tags looking like an original post rather than a reblog, like the screenshotted post is, but this could be explained by a browser plugin called “Missing E.” They also DM’d the original Reddit poster, MechaMew2, who said they think they found it on 4chan somewhere, suggesting it may be fake and was never posted to Tumblr at all. The investigation post gained over 21,800 notes in a year (shown below). 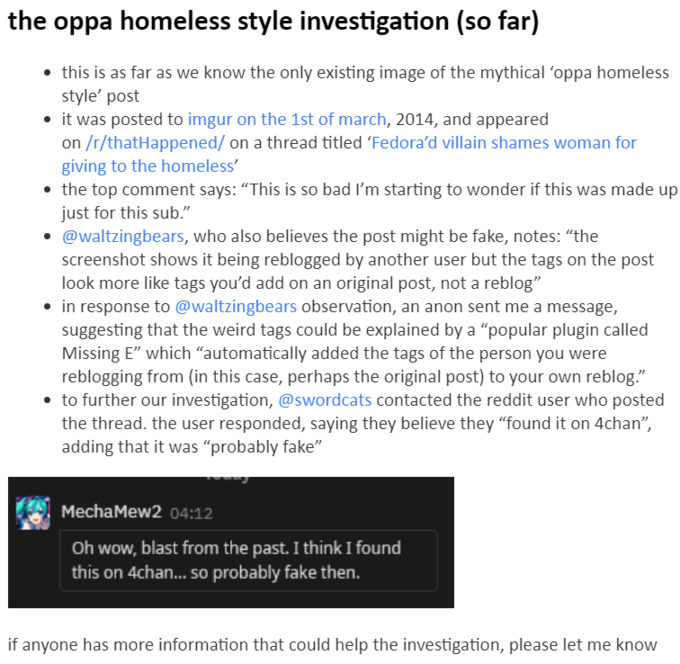 On January 18th, 2021, Heritageposts posted an update to Tumblr about the investigation, revealing that the Redditor MechaMew2 is a frequent poster to /r/ThatHappened and has posted numerous fake Tumblr text posts to the board over the years, all but confirming that the post is fake and created by MechaMew2. MechaMew2 also regularly posted fake Tumblr posts to /r/fatlogic in posts joking about fat people, as well as memes about Donald Trump meant to trigger liberals. They conclude the post and investigation with this paragraph: