The format continued to be frequently used among patriotic American meme pages and in pro-gun memes. For example, on November 16th, 2019, Facebook page Being Libertarian posted a version of the meme captioned “The Government: Turn in your guns. Me:” with “Mandalorian” edited to read “Libertarian,” gaining over 11,000 reactions and 4,600 shares in two years (shown below). 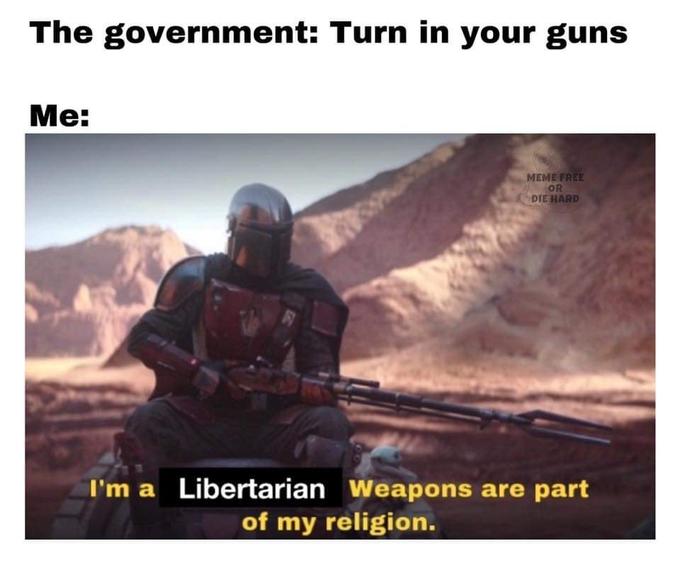 On November 19th, 2019, Redditor CommieCrusader posted a meme to /r/memes using the caption over another image of Djarin’s helmet, this one comparing what people think America is to what it actually is, using the image in both categories, gaining over 23,000 upvotes in two years (shown below, left). On November 23rd, Imgur user ArmedNerd posted a meme using the image to compare Europeans to Americans, gaining over 80,000 views in two years (shown below, right). 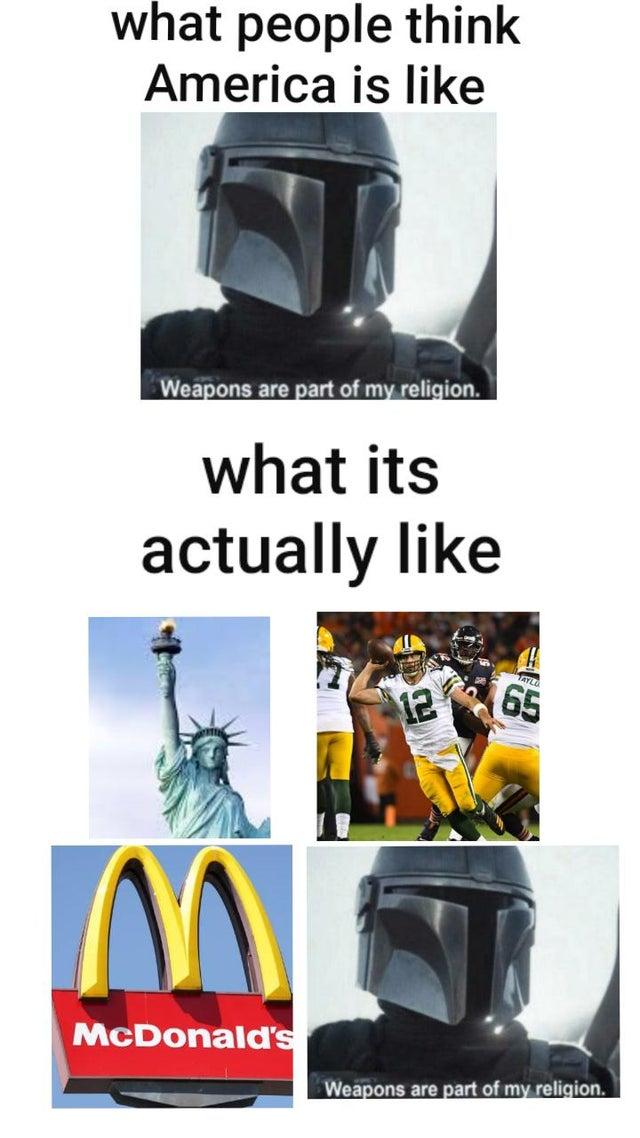 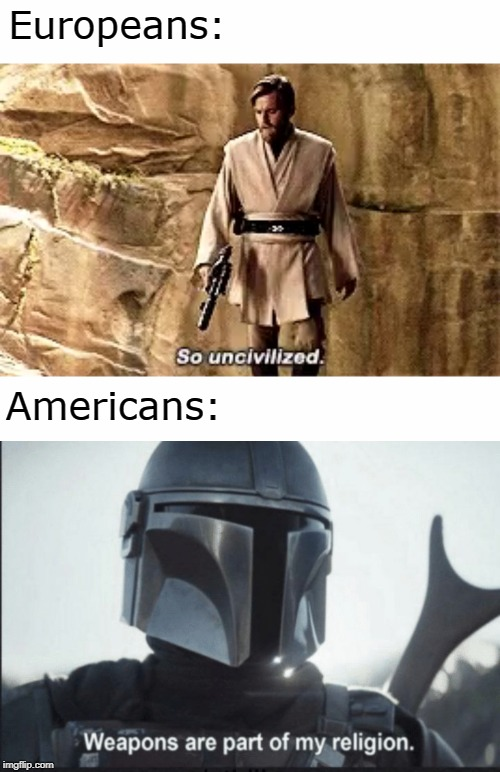