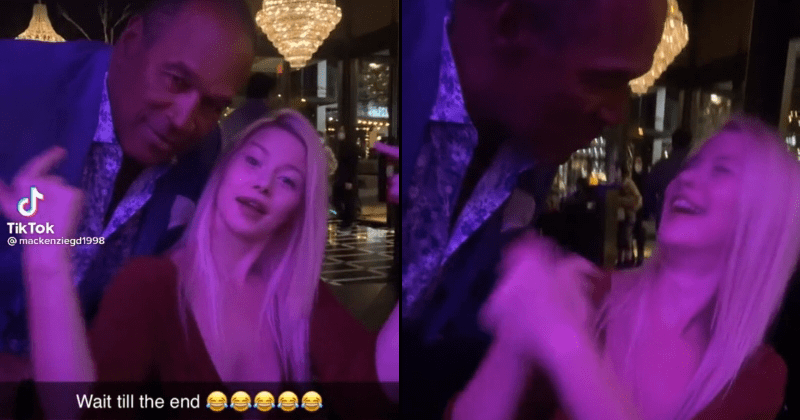 Long before we had any idea that cancellation was a thing you could apply to human beings, O.J. Simpson tested the limits of celebrity notoriety through the duration and aftermath of the murder trial for Nicole Brown Simpson and Ron Goldman. The legend of his downfall is still strong today and while he may be walking free, spotting him on your travels is enough to warrant a double take.

This appeared to be the case for one Tiktoker, who captured footage of her encounter with the former NFL player after running into him in a Las Vegas nightclub recently. The result was a cringeworthy video where Simpson appears to be rejected for a kiss.

As if the situation in itself wasn’t strange enough, the awkwardness levels it climbs to are simply off the charts. Not the individual most people would want to meet in the club.