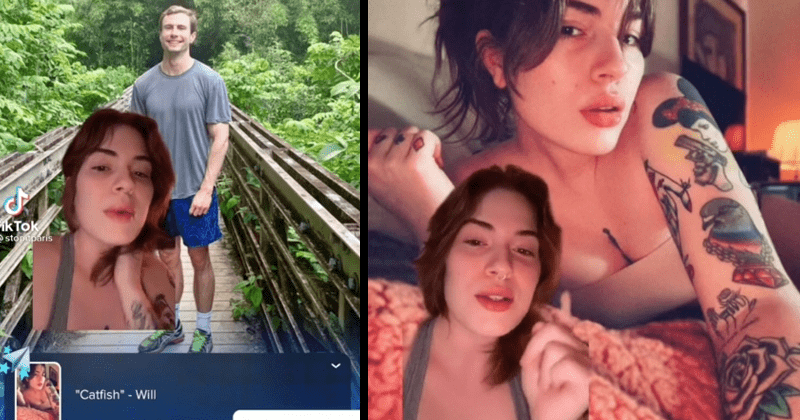 An unfortunate side effect of being a dating app user is that you often get hit with the full force of other peoples’ audacity. The whole thinly disguised human meat market thing has allowed many individuals to think they can get away with being rude and condescending way too often, usually for no good reason.

It was a message that falls into this category that was the last straw for @stopitparis, who received a Super Like from a man on Tinder because he claimed she was catfishing in one of her profile photos. In retaliation, Paris made a video in which she not only proved that the makeup-free picture was easily recreated, but also that her wannabe suitor was probably a bit of a catfish himself.

With a few simple calculations, she seemed to prove that the 6’1″ height he listed in his profile was probably something more like 5’10”. While Paris made clear that how tall he was didn’t really matter, the irony is cutting; here’s hoping it makes more people think twice before being gratuitously mean to prospective dates online.