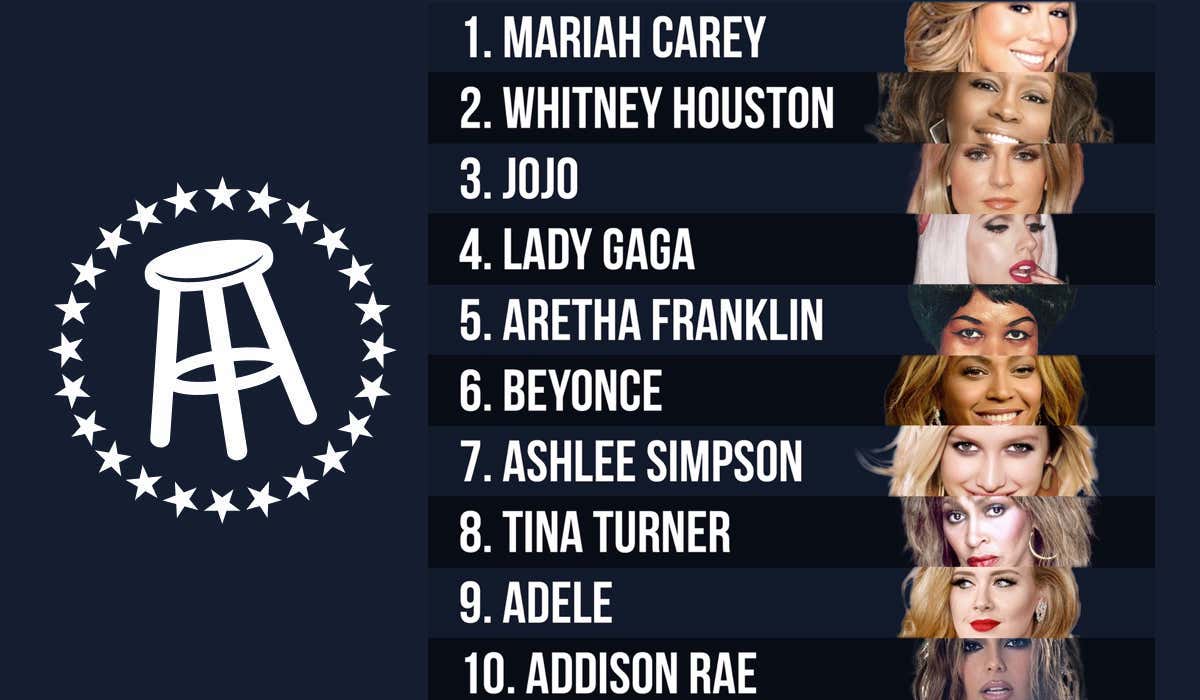 Barstool Sports, the website known for dishing out general frat bro humor online (at least, that’s what it’s known for on the positive end of things), released a list of the “Top 10 Female Singers Of All Time,” which includes such accomplished vocalists as Addison Rae, Ashlee Simpson and Jojo.

Power Ranking the Top 10 Female Singers of All Time pic.twitter.com/tQJOHnhl6I

As may be fairly obvious, this is a troll job, and this was confirmed by a Barstool staffer as it went viral.

The amount of morons on the internet who didnt realize this joke makes me sad for America https://t.co/mBERMDrFVp

Granted, there are just enough actual contenders for a “best female singers of all time” list to hide the clear joke additions of Rae, Simpson and Jojo, making the list an almost believable take from a website. Still, the majority of Twitter users who interacted with the post took the bait, getting red, mad and nude online at the list.

why is addison rae on the same list as whitney houston, beyonce and aretha franklin yall are liars https://t.co/LTc0mppjMV

The fact that Addison Rae and Ashlee Simpson got any scintilla of a mention here in lieu of Amy Lee, Dolores O’Riordan, Diana Ross, Gladys Knight, Ella Fitzgerald, Etta James, and the like just goes to show how shallow Barstool’s brains are. This one is BAD. https://t.co/Rtx5Sb65HS

Barstool remains the white frat house of the Twitter. https://t.co/Xr4XQgtK8k

Get Addison Rae and Ashlee Simpson the hell off of where. And where’s Patti LaBelle and Celine Dion? https://t.co/jutoV1ygcW

Barstool’s troll job even got a write-up in the New York Post and now, Know Your Meme … so never let anyone tell you trolling won’t get you anywhere in life.