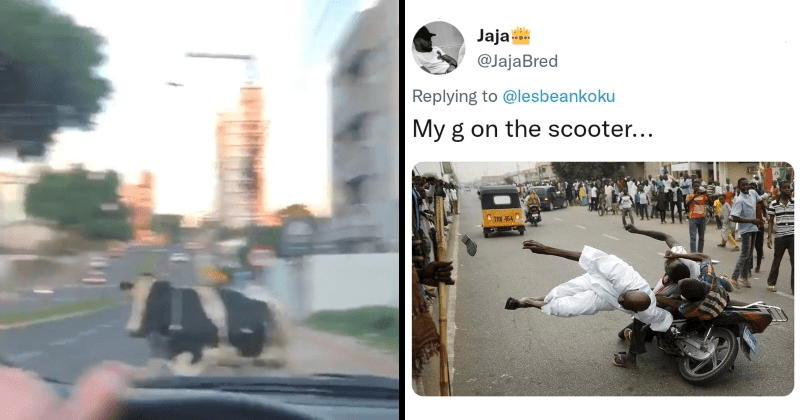 There are a lot of things you have to be aware of when you’re driving. We all know that the state of the road and other vehicles play a role in how easily we can get from A to B, but we’ve got to factor in an element of the unexpected as well. That said, it’s rare that it comes in the form of the stampeding cow — as a viral video has shown.

Filmed by another driver, the footage shows the animal running into the road and knocking over somebody on a motorbike. The slapstick ridiculousness of the event immediately had viewers cracking jokes, with some wondering what happened to all the hapless people who had experienced an extremely bizarre interruption to their commute. It sure beats the boredom of being stuck in traffic.