Due to his beliefs and lifestyle prior to his imprisonment living in a secluded area without electricity or tap water, Theodore Kaczynski became a notorious figure online regarding anarcho-primitivism. The main ideology behind Anarcho-Primitivism is to reject modernity, be self-sufficient living off the land, and being against society. An example of an Anarcho-Primitivism meme incorporating Kaczynski was posted to the Subreddit r/ComedyNecrophilia by Redditor OwO, Hi Mark on October 31st, 2020, attaining 11,000 upvotes in one year (shown below). 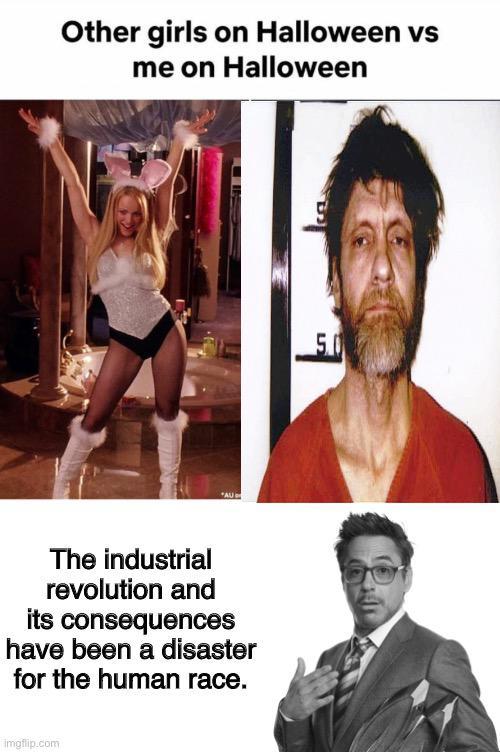 Because of his known history of letter bombings, users began to create image macros of characters dealing with packages sent by Kaczynski. These can be any type of letter or package, and usually features the character reading out Ted’s name as the sender. An example of this was uploaded to the okbuddyretard subreddit on February 26th, 2020, by the Redditor Shadow823513, gaining 11,000 upvotes in 17 months (shown below). 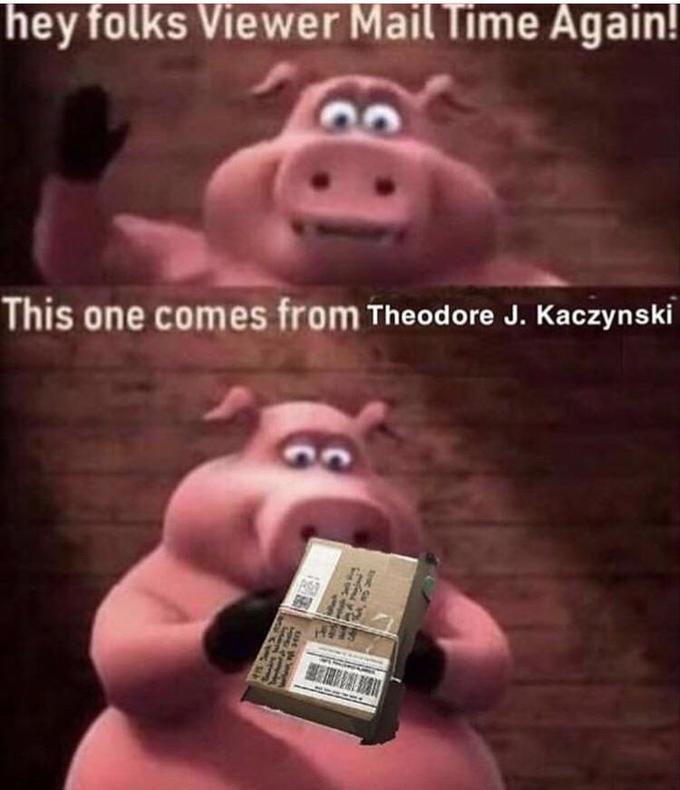