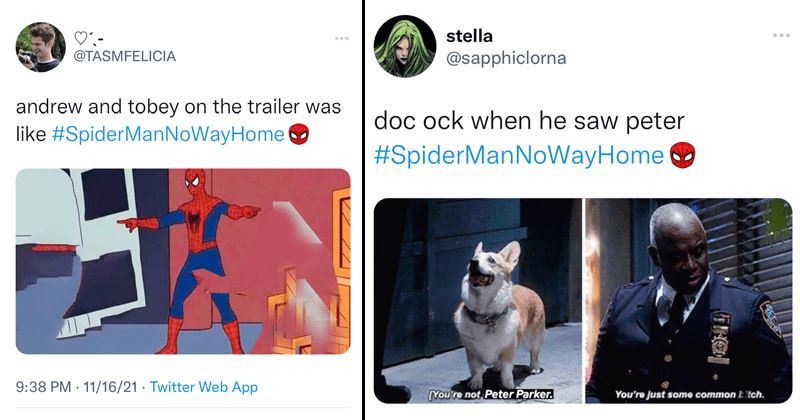 Sony Pictures just dropped the much-anticipated second trailer for Spider-Man: No Way Home, which is schedule for release on Christmas Day. It’s the third film in which Tom Holland plays Spider-Man, and also the second reboot of the character since Tobey Maguire donned the Spidey suit back in 2002. The internet has been swirling with rumors over this release, gobbling up rumors regarding the reappearance of beloved Spider-Man villains from past iterations of the hero. Well, the rumors were true. It seems that Dr. Octopus (Alfred Molina) and Green Goblin (Willem Dafoe) are back in the saddle, among others, much to peoples excitement. It’s all thanks to Peter Parker asking Dr. Strange to restore his secret identity with magic. Time travel-esque requests like this pretty much always backfire.

If we’re talking rumors, there are two gaping holes in all the theories people on Twitter have been talking about, and they come in the form (or lack thereof) of Tobey Maguire and Andrew Garfield. While we’re all pretty certain that this universe-merging epic involves them, and not just their foes, their absences were pretty notable. Despite the trailer having just been dropped, there’s a lot being said on Twitter.